Australian “Diggers” and New Zealand “Kiwis” have fought side-by-side as ANZACS since they were first militarily combined as the ‘Australian and New Zealand Army Corps’ in the early days of WW1. During both World Wars they wore virtually the same uniforms with only their own unique military head gear to identify them as either ‘Aussie’ or ‘Kiwi’. By the time of Vietnam their basic combat uniforms were broadly based on British Army tropical climate ‘OD’ (olive drab) of that period. Both armies wore the British-style bush hat. This brand-new Gun Set shows 3 x gunners stripped to the waist manning their 105mm field piece... A kneeling, fully-clothed NCO watches over the men as they get to work firing and reloading their gun. This little set is a tribute to all ANZAC artillerymen who served in Vietnam. 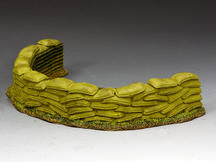 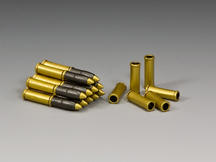