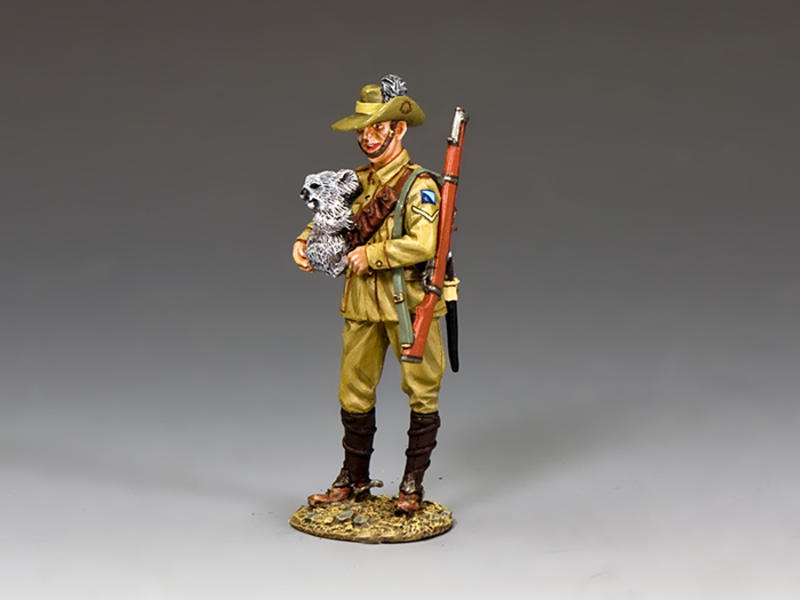 Two iconic and historic symbols of the ‘Land Down Under’ come together to make this little set something unique and special... As reported at the time the Australian troops who left for the Middle East at the beginning of the First World War took with them all kinds of animal mascots to become favoured regimental pets, among them was the cuddly Koala... Here our Light Horse trooper gently cradles a small Koala. Several Koalas were brought over to Egypt with the Australian forces and although the animal’s favourite diet of Eucalyptus leaves were in short supply the Koalas were fed the same rations as the men’s horses... and appeared to thrive on it as well!