Boadicea, Queen of the Iceni 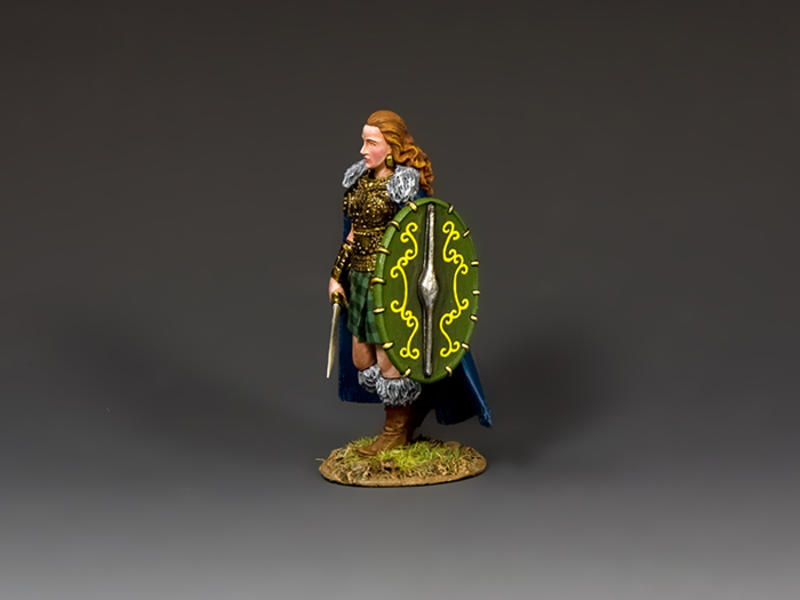 Boadicea or Boudica if you prefer was a Queen of the British Celtic Iceni tribe who led a major uprising against Roman rule in AD60-61. Originally Boadicea was the wife of Prasutagus, King of the British Celtic tribe called the Iceni. He ruled as a nominally independent ally of Rome but when he died Rome annexed his kingdom and had his property confiscated. Prasutagus’ widow, Boadicea was a strong and skillful leader herself and soon gathered together her own and other tribes angry and rebellious against Roman rule and determined to overthrow it. Within a short time Boadicea and her armies conquered and sacked several of the most important Roman settlements in Britain... They destroyed Camulodunum (Colchester) and even Londinium (present day London). An estimated 70-80,000 Romans and their British allies were killed during this brief but bloody reign of terror. Soon however the Romans regrouped their forces and, despite being heavily outnumbered, defeated Boadicea at the Battle of Watling Street (an ancient trackway between St. Albans and Canterbury). Following her defeat she is said to have taken poison to avoid falling alive into Roman hands. Much of what is known about this remarkable female warrior comes from Roman historians, “She was tall in appearance with a strong voice, her mane of thick, reddish brown hair fell almost to her hips. In battle, she wore a tunic of divers colours over which there was a richly decorated metal breastplate, in addition she would carry a man’s sword and often a spear too.” Our first Boadicea has the Queen standing ready to meet the Romans.