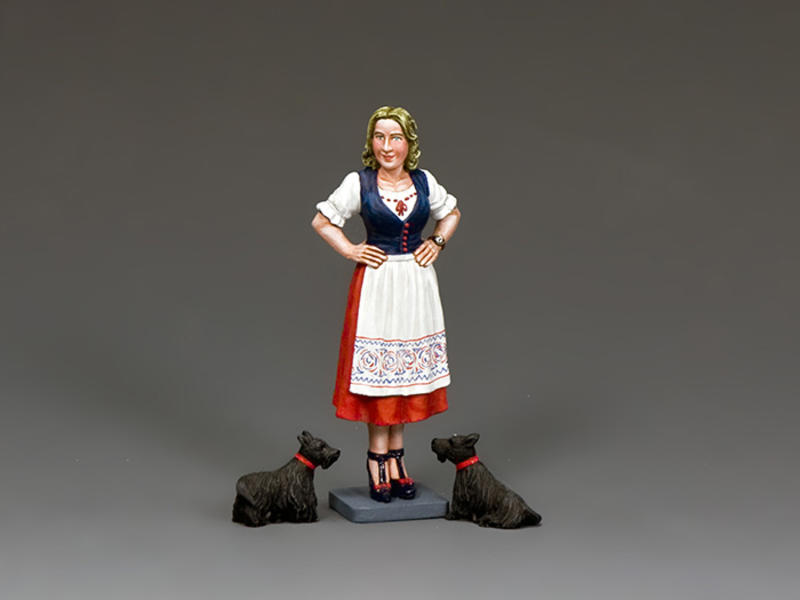 Eva Anna Paula Braun (1912-1945) was Adolf Hitler’s mistress from 1932 until one day before he and she committed suicide in the Fuhrerbunker in May 1945. For several years Eva also enjoyed the company of her two small Scottish Terriers, ‘Negus’ & ‘Stasi’ and would take them everywhere with her. When she stayed at Hitler’s mountain retreat, the Obersalzberg Eva would often be seen in the ‘Dirndl’, the traditional female dress worn in Austria, South Tyrol and Bavaria. That is how K&C have depicted her... together with her two little ‘Scotty dogs’.