This cruiser tank was a better designed and much improved armoured vehicle than its predecessor, the Cromwell. Mounting a new 77mm High Velocity main gun in a lower profile turret it was hugely effective against all German armour. Following its battlefield success in the last months of the war the Comet saw extensive service post war in Korea and Germany and remained with the British Army until the late 1950’s. It also led directly to the development of the ‘Centurion’ tank, Britain’s finest and most successful tank of the post 1945 period. Our K&C model is in the markings of a tank belonging to The Fife & Forfar Yeomanry (44 Brigade) of the 11th British Armoured Division. Two small crew figures are included. 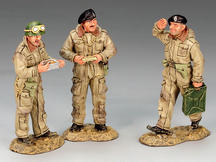 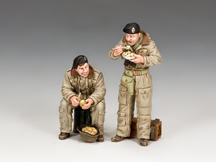 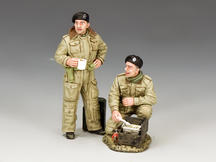