Another of the infamous Nazi “Rogues Gallery” and the leader of the SA (the Sturmabteilung) or “brownshirts”. Formerly a career Army Officer he served throughout WW1 and won the Iron Cross First Class for bravery. He continued to serve in the post war Reichswehr (German Army) until joining the Nazi Party...A heavy drinker and a notorious homosexual he helped co-found and lead the SA. Eventually Hitler began to realize that Rohm was becoming too dangerous and too powerful. In 1934. Rohm alongwith many of his top SA leaders were arrested and shot in what became known as “The Night of The Long Knives”. 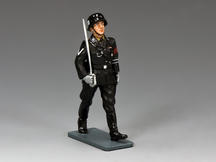 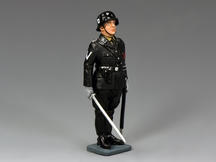