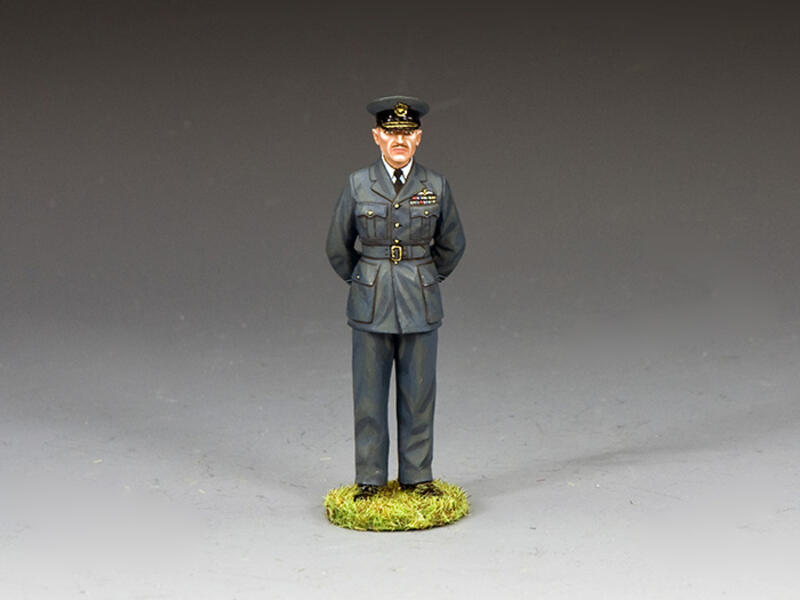 Sir Hugh Dowding (1882-1970) was the Air Officer Commanding RAF Fighter Command before and during The Battle of Britain. He is credited with playing the crucial role in Britain’s air defence, and hence, the ultimate defeat of Hitler’s plan to invade Britain in the autumn of 1940. Thanks to his prudent management of scarce Spitfires and Hurricanes the Royal Air Force managed to inflict heavy casualties on the German Luftwaffe’s more numerous bombers and fighters attacking Britain from nearby France and Belgium and distant Norway. This K&C figure, our second of Sir Hugh, shows him in service dress about to meet some of his young fighter pilots.