Cochise was a leader of Chiricahua Apaches. Born in 1804 he was a key war chief during the Apache Wars which began in 1861. Along with his father-in-law, ‘Mangas Coloradas’, he waged a long and often brutal guerrilla campaign against much larger U.S. Army forces all over the Southwest United States. Several movies have been made of his exploits including “Broken Arrow” and “The Battle at Apache Pass”. Our mounted K&C figure has Cochise on one of his war ponies taking careful aim with his Winchester repeating rifle. 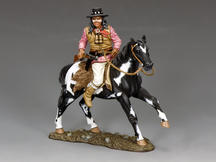 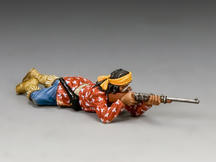 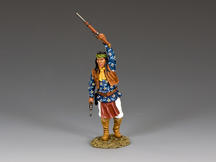