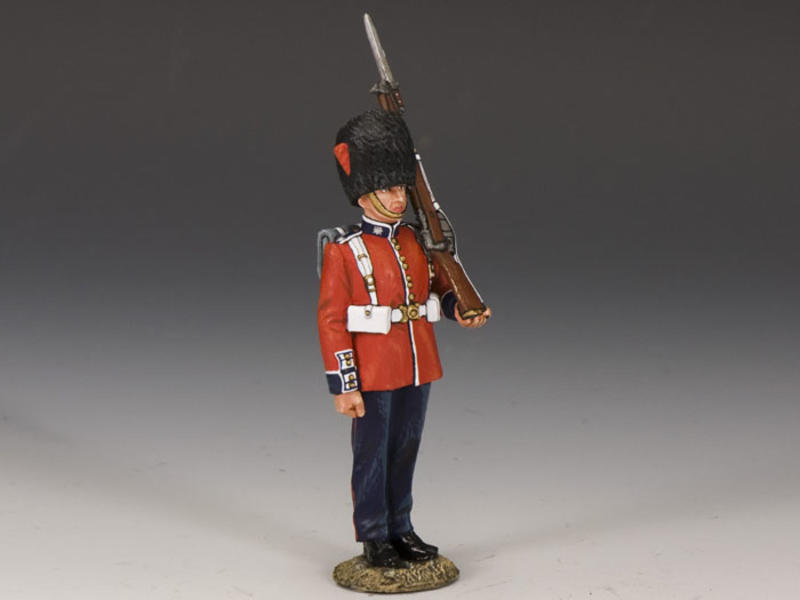 Raised in 1650 on the orders of Oliver Cromwell the Coldstream Guards wear red plumes on the right side of their bearskins and their tunic buttons are spaced in pairs. Our K&C Guardsman of 1935 still wears the uniform that is familiar to tourists to London today. However he also wears the by-then obsolete “Slade-Wallace” fighting order bleached in white for ceremonial duties and his grey greatcoat folded neatly as a backpack to the rear. His rifle is the .303 SMLE (Short Magazine Lee Enfield) fitted with the bayonet. This is the same weapon all British and Empire Forces used in both World Wars.