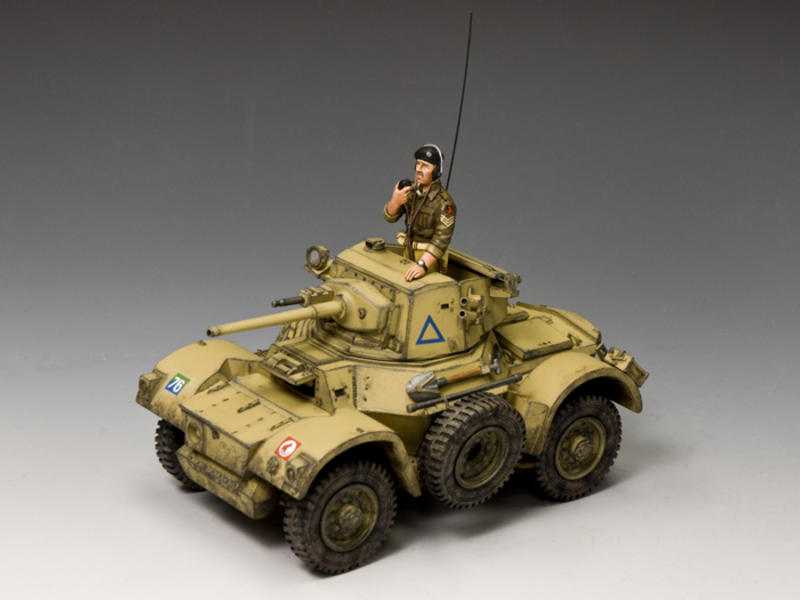 The Daimler Armoured Car was one of the most successful British armoured car designs of the Second World War. Originally designed for ‘scouting and liaison work’ it proved its use time and time again in all kinds of hostile environments and situations from the early 1940’s well into the late 1950’s. Armed with a 2 pounder main gun and a 7.92mm Besa machine gun the Daimler saw plenty of action from North Africa to Northern Europe between 1941 and 1945. Our model is in typical 8th Army desert colours and in the markings of the famous 7th Armoured Division “The Desert Rats” and comes with a vehicle commander figure.