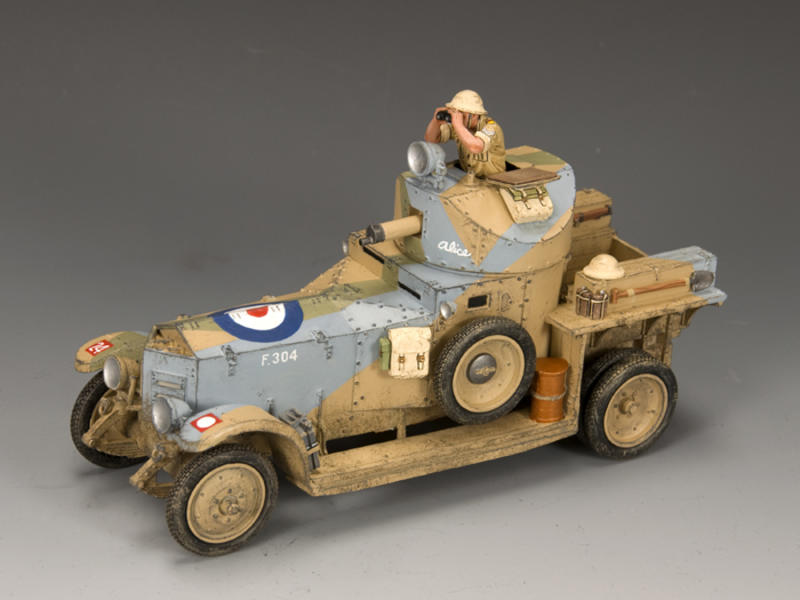 This is a model K&C has wanted to do for a long time … The Rolls-Royce Armoured Car" was a unique British fighting vehicle first developed and used back in 1914 which saw active service right up to the early half of 1942. Based on a Rolls-Royce SilverGhost chassis it was designed to have armoured bodywork surmounted by a single turret containing a vickers machine gun. The original remaining 1914 models were modernized in 1920 and 1924 and saw extensive service in the Middle East. At the outbreak of war in 1939 some 76 vehicles were operational. Our K&C model is in a distinctive desert "splinter" camouflage and comes with one crew figure. "