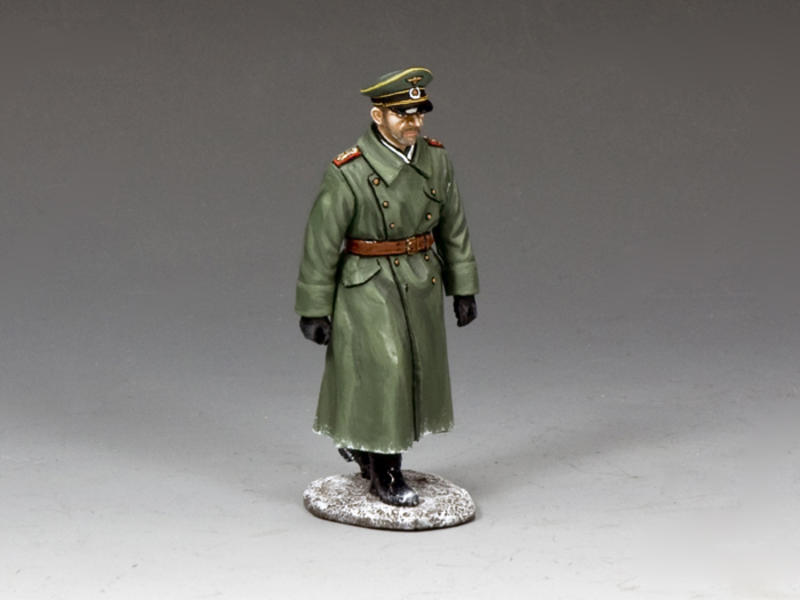 The ill-fated commander of the German 6th Army at Stalingrad. Our figure is based on an image of a dejected and haggard Paulus marching into Russian captivity after the surrender of his forces in the beleaguered Soviet city. Hitler expected that the Field Marshal would commit suicide rather than surrender. While in Russian captivity Paulus became a vocal critic of the Nazis...Released in 1953 he lived the rest of his life in what was then communist East Germany. He died in 1957.