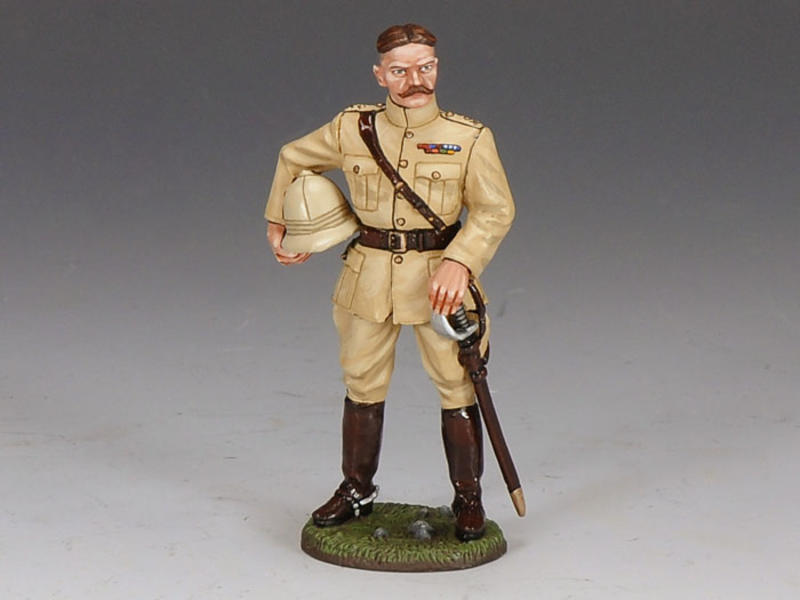 Field Marshal Kitchener (1850-1916), “Kitchener of Khartoum”, was an Irish-born British soldier, statesman and pro consul who made his name and reputation during the many colonial wars and campaigns of the late Victorian era. Our representation of “Kitchener of Khartoum ” is as he would have appeared at the height of his fame and popularity at the turn of the century in 1900. He is dressed in tropical British Army officer’s uniform and carrying his “Wolsely” pattern sum helmet. His fierce unblinking gaze and large handle-bar moustache make him an easily identifiable and very collectable figure.