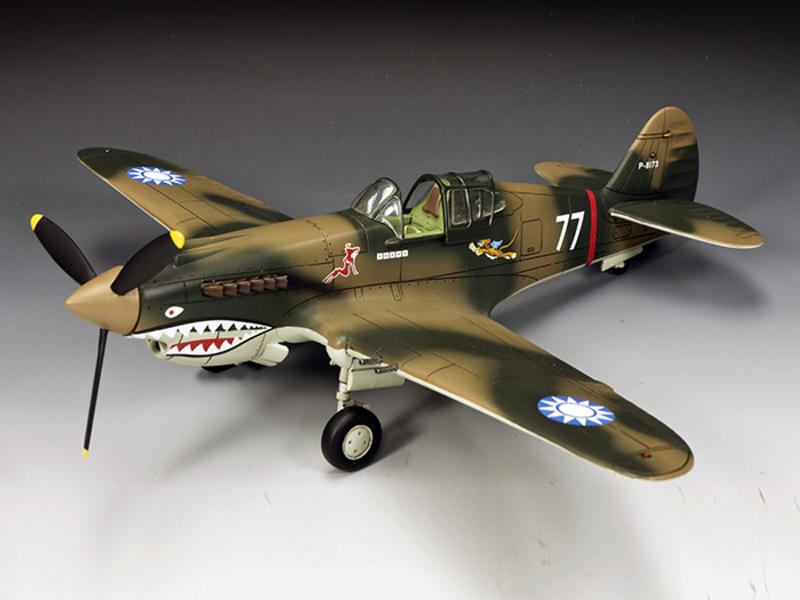 This is the second version of our classic Curtiss P40 ‘Flying Tiger’ warbird. For several years now K&C collectors around the world, especially in Asia, have been requesting another release of this great aircraft model... well here it is! When the American Volunteer Group was formed its fighter aircraft came from the Curtiss assembly line producing P40 models for Britain’s Royal Air Force in North Africa. Part of this British order (100 aircraft) were crated and sent to Burma during the Spring of 1941. Once in Rangoon, they were assembled and sent on to China where they had their special markings added. Our K&C model is numbered #77 and served with the ‘Flying Tigers’ 3rd Pursuit Squadron and comes with a sliding canopy and rotating propeller.