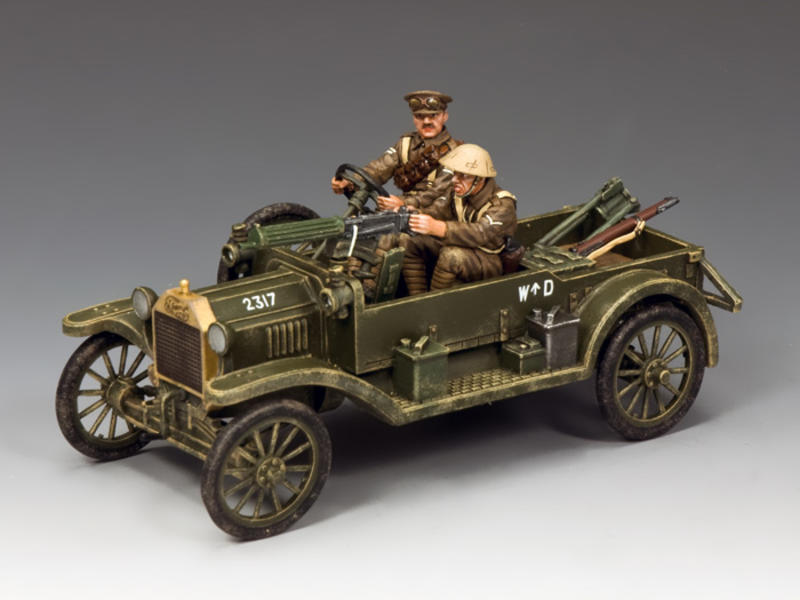 The Ford Model ‘T’ was one of the most used motor vehicles the Great War...They were used as transport... ambulances... and in this instance – Machine Gun Carriers. Here, our Model ‘T’ has the standard British machine gun of the First World War...the Vickers. While a seated gunner “mans” the weapon, his driver is behind the wheel...The Vickers folded tripod sits separately in the back of the vehicle as well as the driver’s own Lee Enfield ‘303 rifle.