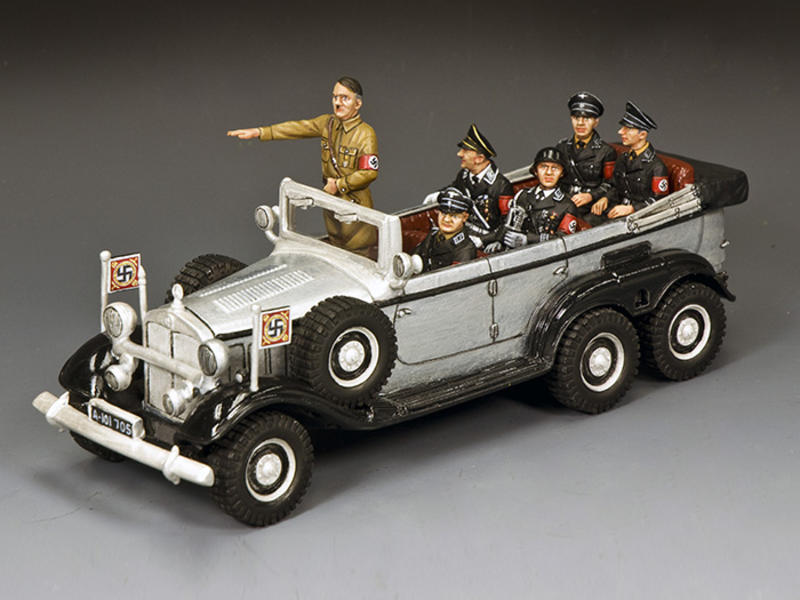 Of all the many Hitler vehicles we have produced and retired this is, by far, the most requested and sought after. Just 57 MB W31’s were actually built in the early 1930’s for Hitler and the top Nazis... only 3 remain today. Our revised 1:30 scale version features the Fuhrer himself, in typical ‘Brown Shirt’ uniform standing and saluting in the front seat of this silver grey 6-wheeler with the black trim. Seated next to him is one of his SS drivers, behind them is SS-Obergruppenfuhrer Josef ‘Sepp’ Dietrich sitting alongside is SS-Brigadefuhrer Karl Wolff wearing the steel helmet. Riding in the rear are two SS bodyguards, ever watchful, ever ready. 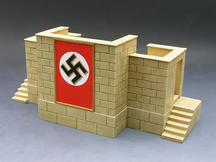 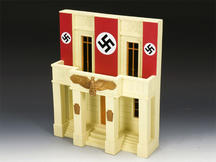