Moshe Dayan (1915-1981) was Defense Minister of Israel during the SIX-DAY WAR. As a former soldier with many years of practical experience he was the right man in the right place at the right time in June 1967. Our K&C figure shows the one-eyed general on a tour of inspection just after the capture of Old Jerusalem on 7 June ’67. He wears simple, olive drab fatigues, his pistol belt and an old British Paratrooper helmet as he makes his way forward. 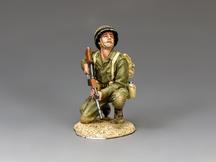 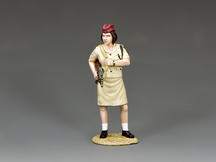