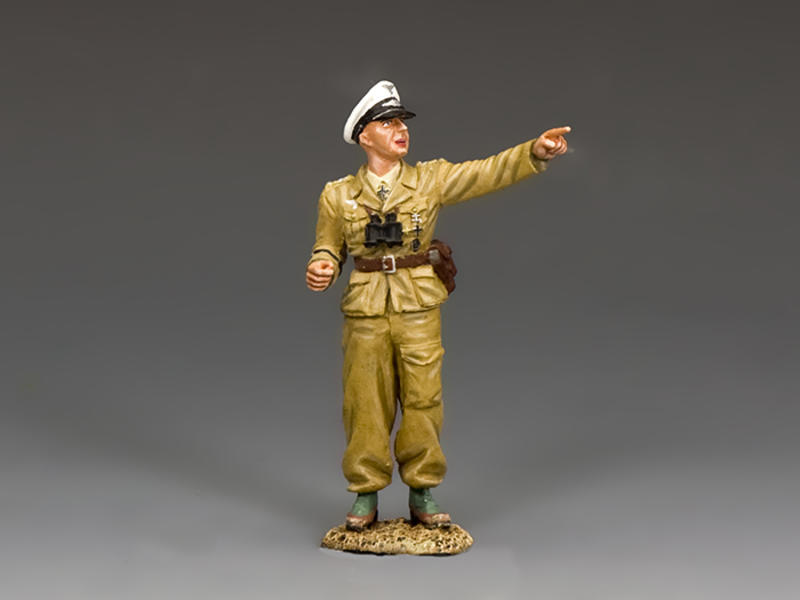 Hermann – Bernhard Ramcke (1889-1968) was an outstanding senior officer of German paratroop forces during WW2. He was the rare recipient of the Knights Cross of the Iron Cross with Oak Leaves, Swords and Diamonds... one of just 27 soldiers granted this high honour during WW2. Under the command of Paratroop General Kurt Student he helped plan the successful but costly airborne invasion of Crete in 1941. By 1942 he led his brigade of Fallschirmjagers to North Africa to join Erwin Rommel’s Afrika Korps. There, he and his men saw plenty of action and fought with great valour and distinction at the pivotal battle of El Alamein in late 1942. Despite their best efforts Ramcke and his command found themselves vastly outnumbered and surrounded. Rather that surrender Ramcke and his paratroopers fought their way out of their encirclement losing almost a quarter of the Brigade. They soon captured a British supply column which provided them with food, fuel, ammunition and transport vehicles that allowed them to ‘battle’ their way west to rejoin the remnants of the Afrika Korps. Eventually just 600 Fallschirmjagers made it to the safety of the German Lines. After North Africa Ramcke took command of the 2nd Parachute Division in Italy before being transferred with his division to Normandy in 1944 just in time to fight the invading Allies there. He remained in France leading the defence of the great port of Brest until it surrendered in September 1944. Our figure shows him in a typical pose in North Africa in 1942.