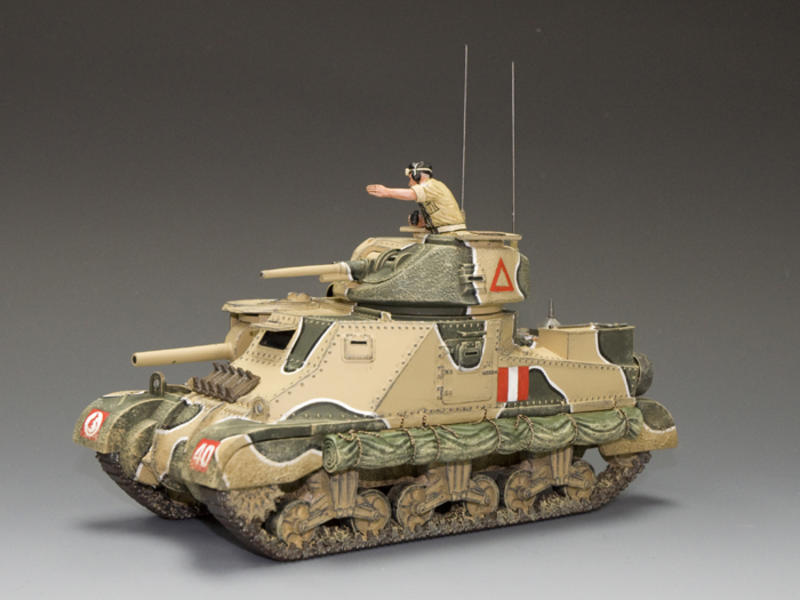 After Dunkirk in 1940 the British Army lost virtually all of its tanks in France… what few that were left were sent out to the Middle East where by 1941 they were easily outclassed, outgunned and outfought by Rommel’s Panzers. Help however was on the way in the shape of the American designed M3 tank. Britain ordered over 2,000 of these tanks armed with both a 75mm main gun (on a side sponson) and a 37mm gun in the top turret. The British redesigned the top turret to accommodate a radio and reduce one crew member and christened their M3 the Grant". The Americans preferred the original design and named theirs the "Lee". Our new model is in the distinctive British camouflage pattern of sand and olive drab with black and white delineation lines. Two crew figures can be seen and this "Grant" belongs to the famous 7th. Armoured Division… "The Desert Rats". "