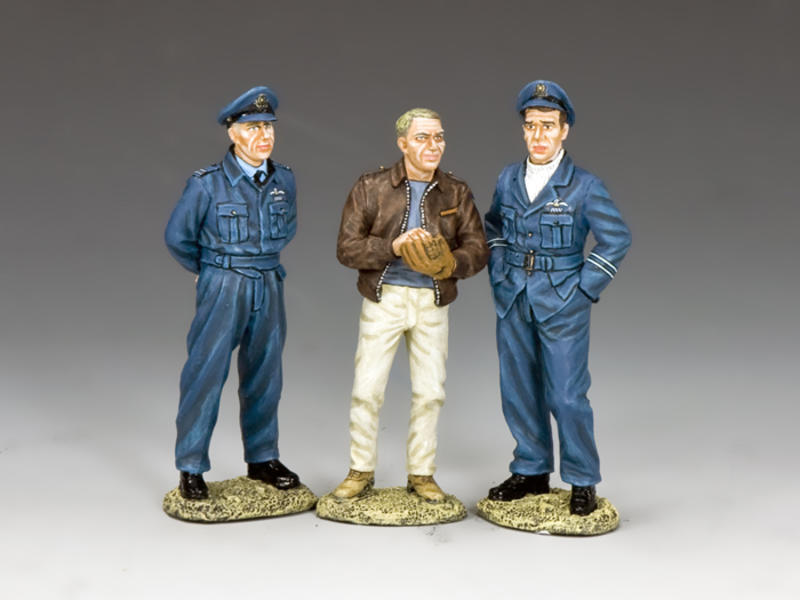 Squadron Leader Roger Bushell, immortalized as “Big X” in “The Great Escape” movie ... Next to him stands a US Army Air Force officer famed for his insubordinate nature and a persistent escaper ... The third member of the trio is also an American, an original member of one of the Royal Air Force’s “Eagle” squadrons, made up of American volunteers who chose to fly for the RAF before America entered the war. Like many other POW’s these men decided not to just sit-out the war behind the barbed wire ... They were going to do their best (and their worst) to escape and give the Germans a real ‘run for their money!’