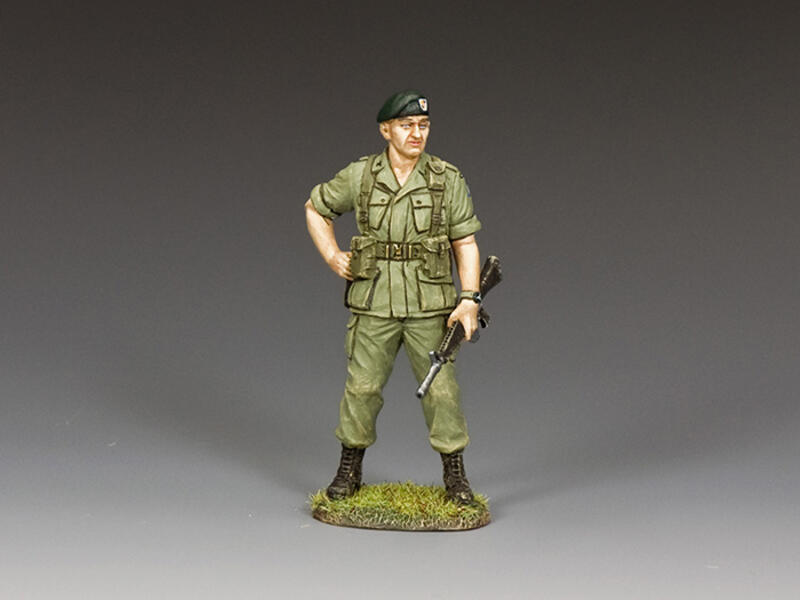 This senior officer is wearing the classic ‘green beret’ which began to be worn by some U.S. Special Forces as early as 1954 but was not officially authorized until 1961. This first version of our S.F. colonel is wearing standard issue ‘jungle fatigues’, the tropical combat uniform worn by all US forces in Vietnam. The colonel’s name and ‘U.S. Army’ tapes were sewn atop the breast pockets of this jacket. On his left shoulder are the ‘airborne’ patch over the Special Forces’ sleeve shield insignia. In his left hand he also carries the standard M16 rifle.