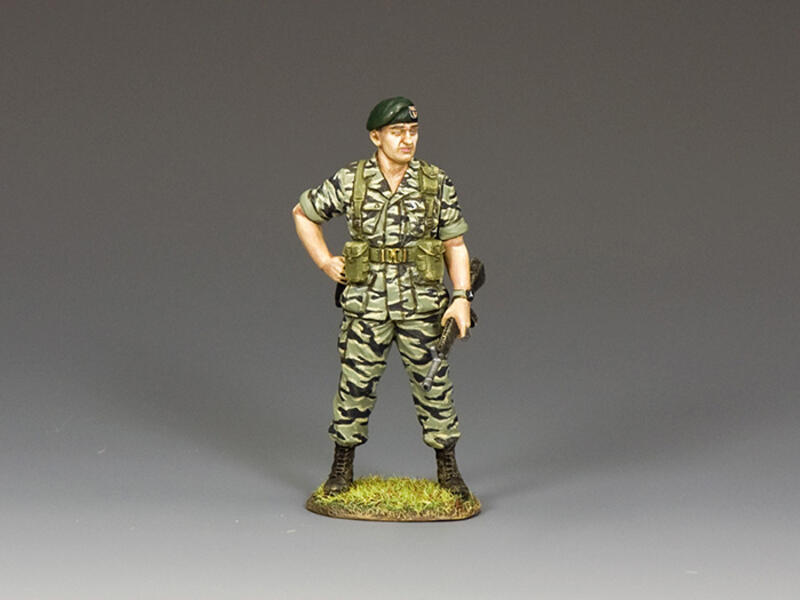 A second version of our officer, this time wearing the ‘Tiger-Stripe’ camouflage uniform. The origins of this design are unknown but it is believed to have been developed in an Asian country and was first worn in Vietnam by the South Vietnamese Marines. It gained increasing popularity after it was featured in the John Wayne movie ‘The Green Berets’ (1968). Although some examples of this camo pattern combat uniform were manufactured in South Vietnam most Special Forces uniforms were purchased in Thailand, Taiwan, Okinawa and South Korea. Consequently colours, patterns and fabrics varied greatly.