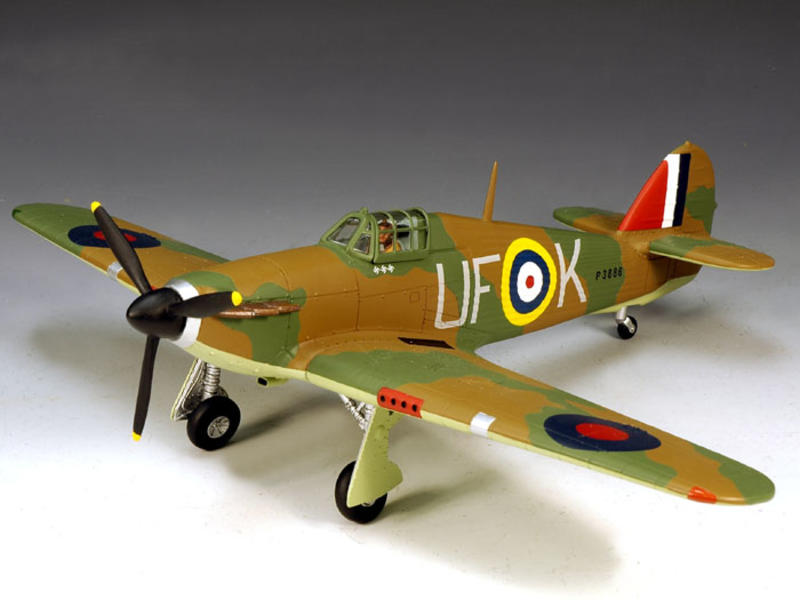 One of the two most famous British aircraft that won the Battle of Britain. Less famous than the more graceful Spitfire, the Hurricane carried eight .303 machine guns and could absorb an amazing amount of punishment. Twice as many Hurricanes fought in the Battle than Spits and although slower than the enemy 109 it was still very popular with its pilots. K&C's model is in the markings of 501 (County of London) Squadron, Royal Auxiliary Air Force and has 3 kills" to its credit. Each aircraft has fixed undercarriage… a detachable, sliding canopy and a seated pilot at the controls."