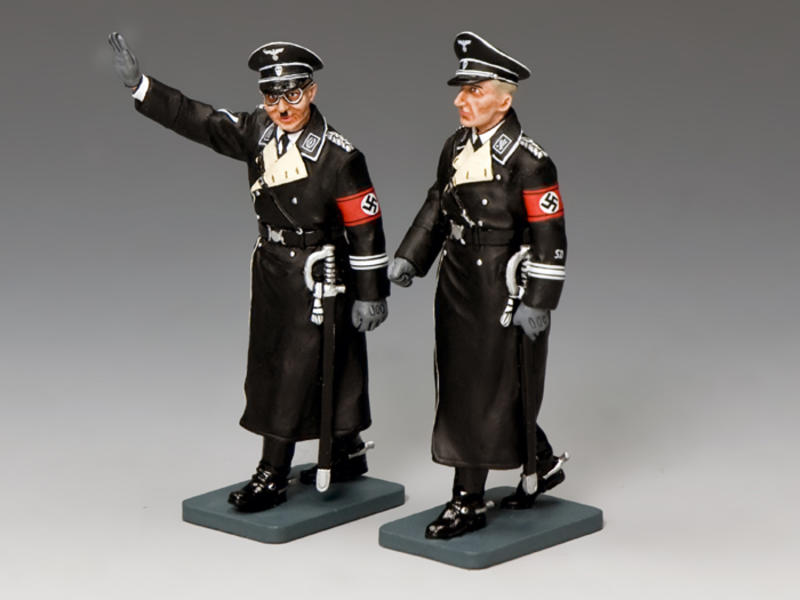 Two of the most dangerous characters in the Nazi Hierarchy... and the most well-known (after Hitler) ... Reichsführer SS Heinrich Himmler and his deputy, SS Obergruppenführer Reinhard Heydrich. Here we see the infamous pair in their pre war black SS uniforms... Himmler, in front saluting, Heydrich following close behind. Between them they led the dark, evil empire that was the SS and Gestapo until Heydrich’s well-deserved assassination by Czech patriots in Prague in 1942.