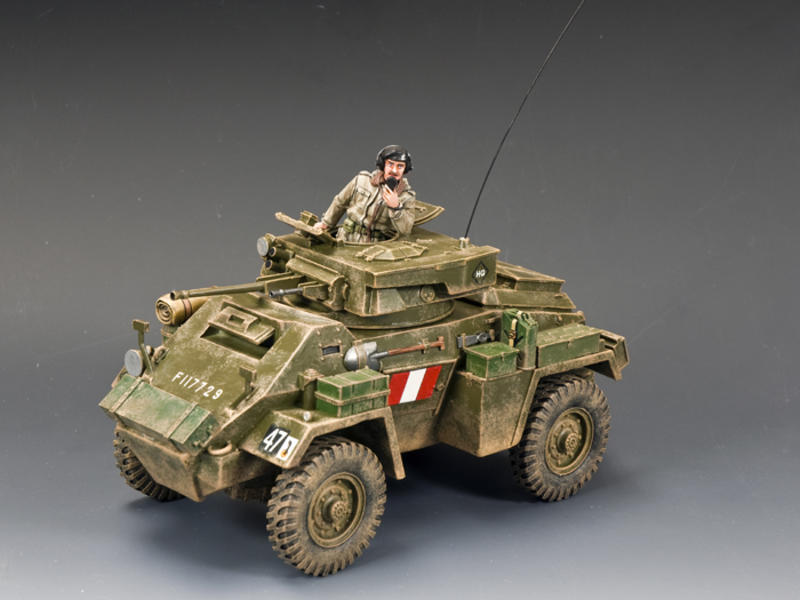 This vehicle could only be designed in Britain ... it is so British-looking" in style and a great model. It first saw action in North Africa with the 8th. Army. Our new K&C model is a "tribute" to the men of the Free Polish Army who fought alongside the British during the war. This Humber belongs to the Reconnaissance Regiment of the famous 1st. Polish Armoured Division who fought again in Normandy, Holland and Germany. Many of the "Free Poles" stayed on in Britain after the war marrying British girls and raising families rather than return to their Communist-dominated homeland. This vehicle set is dedicated to them, their country... and their service." Please note: A desert version of this great British Armour Car will be released later this year...Look out for it!