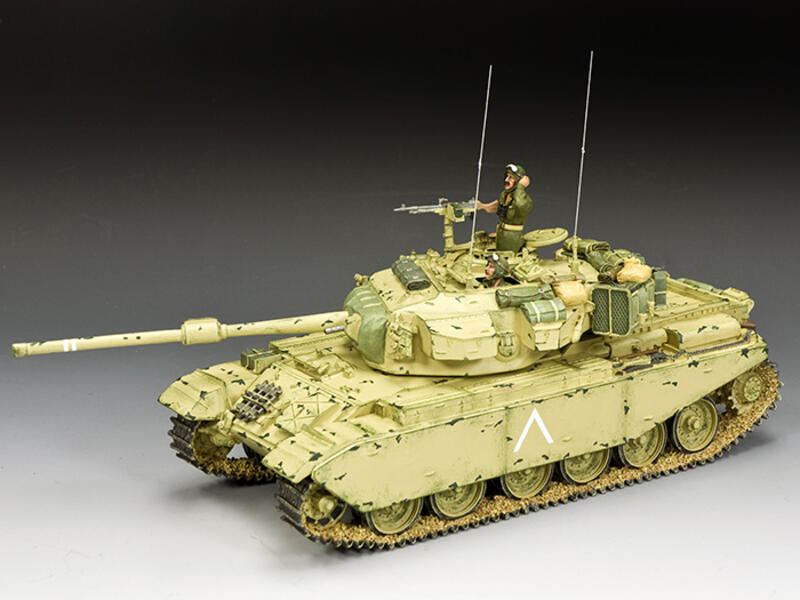 This is the ‘STAR’ of these ‘Yom Kippur War’ releases... The CENTURION SHO’T was the Israeli adopted and adapted designation of the British-designed 105mm L7 gun-armed Centurion tank. These entered IDF service in the late 1960’s and fought throughout the 1970’s with some even serving until the early 1980’s. SHO’T in Hebrew means ‘whip’ and that’s exactly what this Israeli-modified and improved main battle tank did to its Arab opponents during the SIX-DAY War of 1967 and Yom Kippur War of 1973. On the Golan Heights in October 1973 a single brigade of 180 Centurion / SHO’T tanks held off 2 reinforced Syrian armoured divisions with almost 1300 Soviet tanks (mostly T54’s and T55’s) destroying more than half for the loss of 70 of their own. This K&C model has mounds of crew stowage on top of and around the turret in typical Israeli military fashion. Also included is the tank commander figure behind a turret-mounted, shoulder-fired FN General Purpose Machine Gun. Peering out of the other open turret hatch is a second member of the crew. This very special tank model comes in its own very special box.