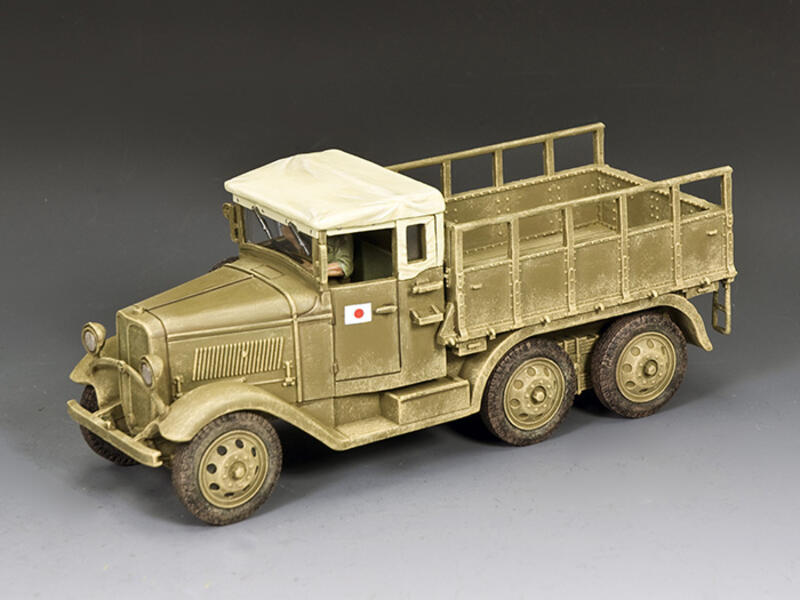 Before WW2, the Japanese Army mainly utilized ordinary commercial vehicles to transport troops and supplies to and from battlefields and on exercise. These often proved to be unreliable and insufficiently sturdy to handle the heavy demands of the military and eventually the decision was made to develop a specialized 6-wheeled vehicle specifically designed to meet the Army’s requirements. After considering several options from different vehicle makers the Army top brass selected the ISUZU company to manufacture their design proposal. The Type 94 had a diesel engine and a maximum speed of 60km/h. Usually unarmed and unarmoured it only required a single driver. Unlike its many civilian predecessors it was mechanically strong and reliable in the field and very capable of travelling cross country. Fuel consumption was also very good and it had a ‘high clearance’ allowing it to transverse most of the rough jungle terrain where it usually served. Our K&C ‘Type 94’ has a spare wheel attached on the driver’s side and is equally capable of hauling a load of supplies and / or a section of infantrymen. The driver figure is included.