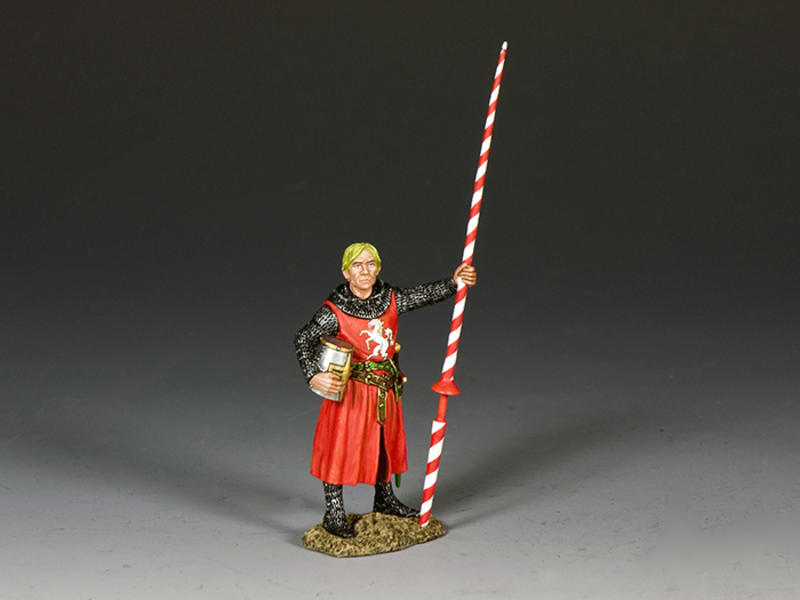 ‘Ivanhoe’ was a novel written by Sir Walter Scott and told the story of one of the few remaining Saxon noble families at a time when medieval England was dominated by Norman nobility, descendants of William the Conqueror. It follows the adventures of Sir Wilfred of Ivanhoe, who has been disowned by his father for his allegiance to the Norman King Richard the Lionheart. After the failure of the Third Crusade many of the Knights (including Ivanhoe) who had followed Richard to the Holy Land returned home. There they found a land under the cruel hand of the King’s brother, Prince John. The novel tells the story of Ivanhoe’s return and his struggle to regain his father’s trust, help a Jewish merchant and his daughter and win the hand of his true love, the Lady Rowena. Along the way there are battles, jousts and duels that Ivanhoe undertakes and wins before he reunites with his father, defeats his enemies and gains the lovely Rowena. The tale has inspired movies, television series and more books and even helped shape the modern notion of Robin Hood and his merry band of outlaws... Our Ivanhoe stand four-square holding his helmet in one hand and his jousting lance in the other.