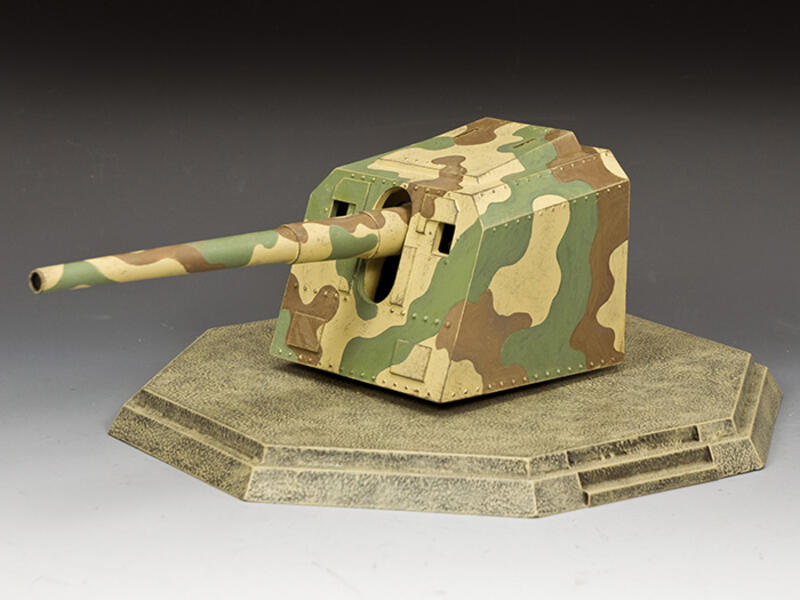 This French-made 155mm gun first served during WW1. Afterwards some were adapted and shipped out to French Indochina and used in coastal batteries protecting the ports of Saigon in the South and Haiphong in the North. The same guns, captured in mainland France, were also utilized by the Germans to help defend their ‘Atlantic Wall’. This model has been recamouflaged in a typical Japanese colour scheme similar in design and composition to Japanese armour of the same WW2 period. 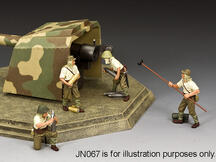