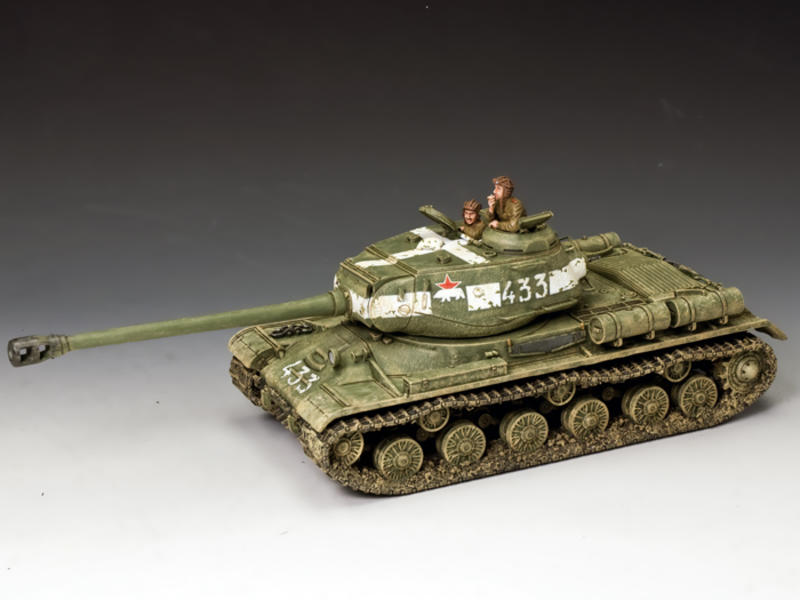 The JS-2 was a Soviet designed and built heavy tank with thick armour to counter the deadly effectiveness of the legendary 88mm gun. The JS-2’s own 122mm gun was also powerful enough to knock out both the Tiger and Panther tanks of the Germans. It was also a ‘breakthrough’ tank capable of firing a high explosive shell that could easily penetrate and knock-out entrenchments and concrete and steel enforced bunkers. The JS-2 first went into service in April 1944 and was used as the armoured spearhead of the Red Army’s final assault on Berlin itself. Our K&C model is well and truly battletried and tested and maybe even a little bit battle-weary but it still carries that huge 122mm main gun and comes complete with 2 x crew figures.