Arthur was a legendary British leader of the late 5th and early 6th Centuries whose exploits are recorded in several medieval histories and romances. In more recent times his story and legend has been moved up several hundred years and his appearance (and that of his Knights) is portrayed as much more typical of the 12th and 13th Centuries. Even in the 21st Century Arthur’s legend burns brightly thanks to theatre...film...television and books of all descriptions. Our King Arthur stands proudly...sword in one hand pointing to the centre, his crowned helmet in his other hand and a fierce but fair expression on his bearded face. 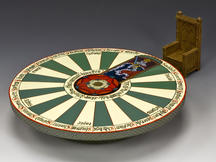 The Round Table & The King’s Chair 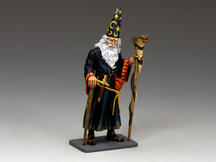 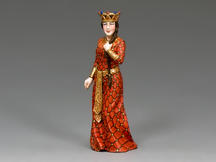 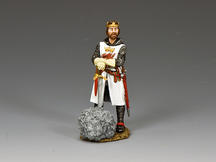 Arthur & The Sword in the Stone