Lee Kuan Yew (1923-2015) was the first and longest-serving Prime Minister of Singapore after its independence. He was the visionary leader who can rightly be said to be the “father of modern Singapore” and almost single-handedly turned a sleepy, former British colony into one of Asia’s most successful and dynamic city/states. Our figure shows him delivering a speech during the early days of independence in the mid 1960’s. He is simply dressed in white shirt and white trousers emphasizing that he and his party (the People’s Action Party) are both clean...and honest...a relative rarity in Asian politics. 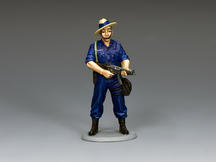 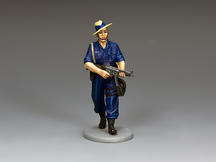