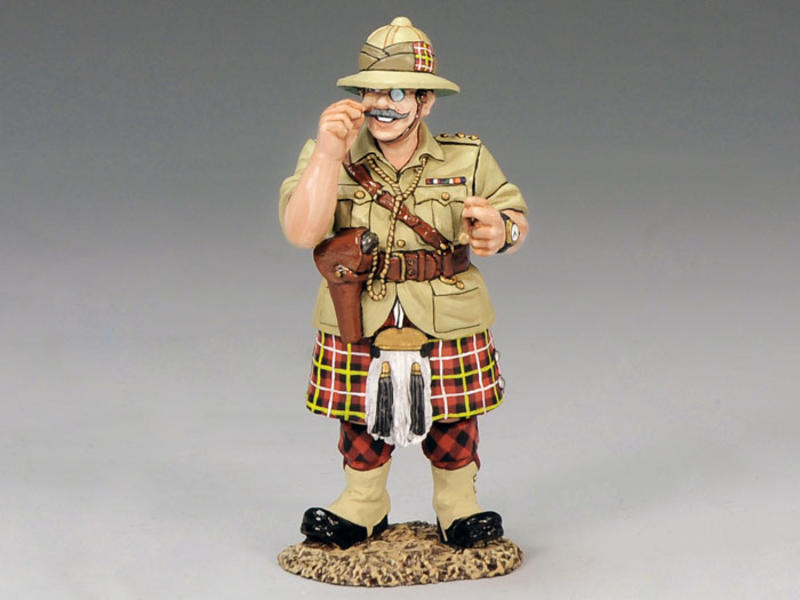 “Mad Jack” MacTavish (1876-1982) was born into a family of famous Scottish soldiers. His great grandfather raised his own regiment “The Agile & Suffering Higblanders” to fight in the Americas during the Revolutionary War. “Mad Jack” himself was commissioned into another of the family’s regiments “The Queen’s Own Scottish Murderers” in 1895. He saw extensive service during the Boer War…the Great War…and the North West Frontier. Our K&C Club figure shows him as he appeared whilst serving with the regiment in the Khyber Pass in 1935. During the Second World War he commanded a battalion of the Home Guard… “The Aucbensbuggle Volunteers”. After War Service he emigrated to the Falkland Islands to run a sheep farm. He was killed while attacking an Argentinian armoured personel carrier with his walking stick during their ill-fated attempt to capture the Falklands in 1982. A brave soldier to the end!