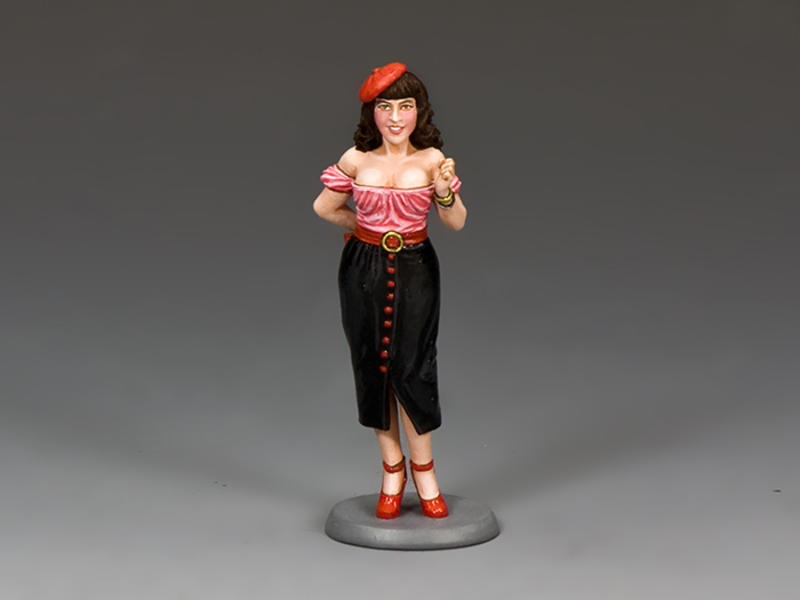 This figure is based on one of the most famous songs of WW2, ‘Lili Marleen’ and the character it portrays. Originally recorded in Germany in 1939 by the singer Lale Andersen it tells the story of the sweetheart of a German soldier who waits for him every evening under the lamp light outside his barracks. Other interpretations of the ‘sweetheart’ have her waiting under the lamp light for more mercenary reasons and willing to meet any soldier that ventures out of the barracks in the evening! The song however became very popular with the Afrika Korps and, also crossed the battle-field and enjoyed equal popularity with the men of the British 8th Army. Over the years it has been recorded by many but perhaps the most famous ‘other’ versions were by Britain’s Vera Lynn and the legendary Marlene Dietrich. Our pretty little figure can and will happily accompany, either German, British or American soldiers! 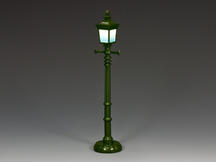