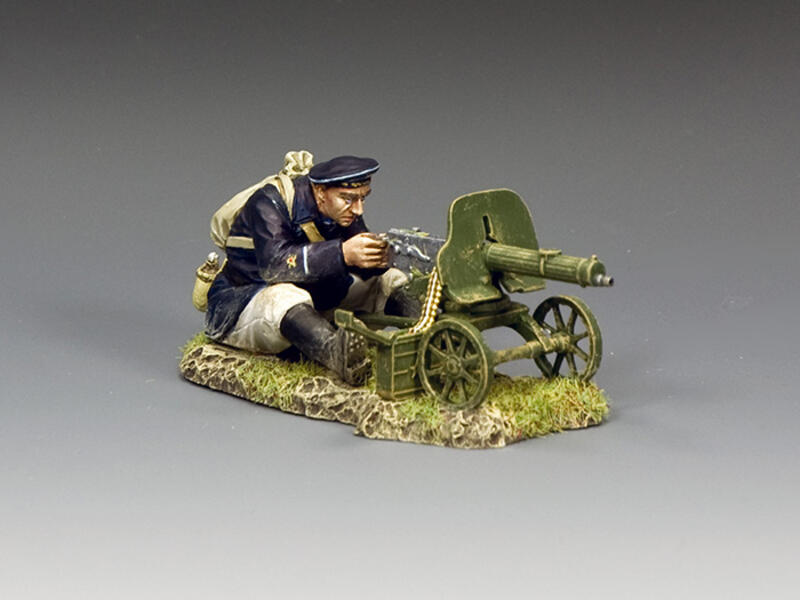 This medium machine gun first appeared in Imperial Russian Army hands during WW1. It saw further service during the Russian Civil War and into WW2. It even saw action in the Korean conflict and... Vietnam! First adopted in Russia in 1910 it fired the standard Russian 7.62mm round and was protected by an armoured gun shield mounted on two small wheels. Our crouching Naval Infantry gunner is determined to make every bullet count... Stalin would be proud of him!