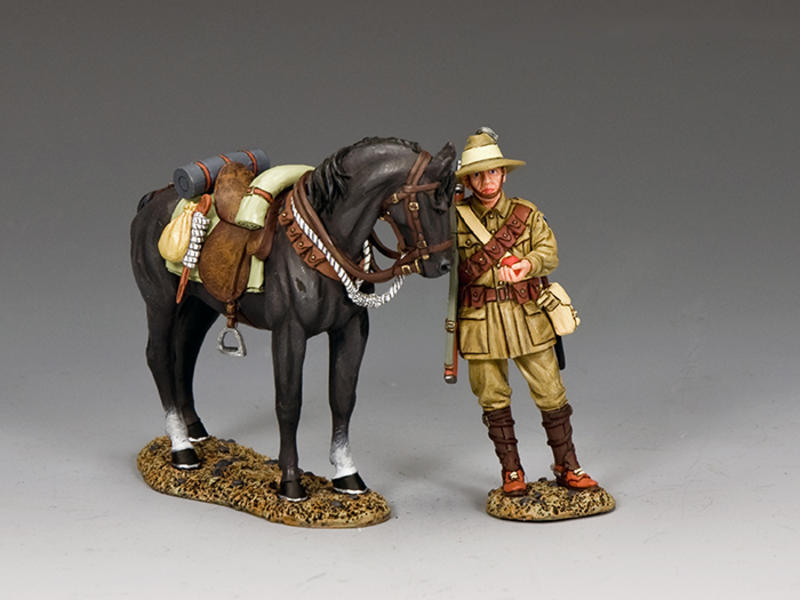 Light Horseman were tremendously attached to their horses called Australian Walers, a breed of horse developed in Australia from horses that were brought over from Britain and Ireland in the 19th Century. A ‘special’ bond developed between horse and rider that was unique. At the end of the war, however when the Australian horsemen were to be returned to Australia the decision was made to leave their horses behind and for them to be either euthanized or sold off to the local Arabs. Many horsemen themselves preferred to shoot their own mount before leaving it to a far worse fate. But in this happier scene a young trooper is feeding his animal an apple as he awaits orders to ‘mount-up’.