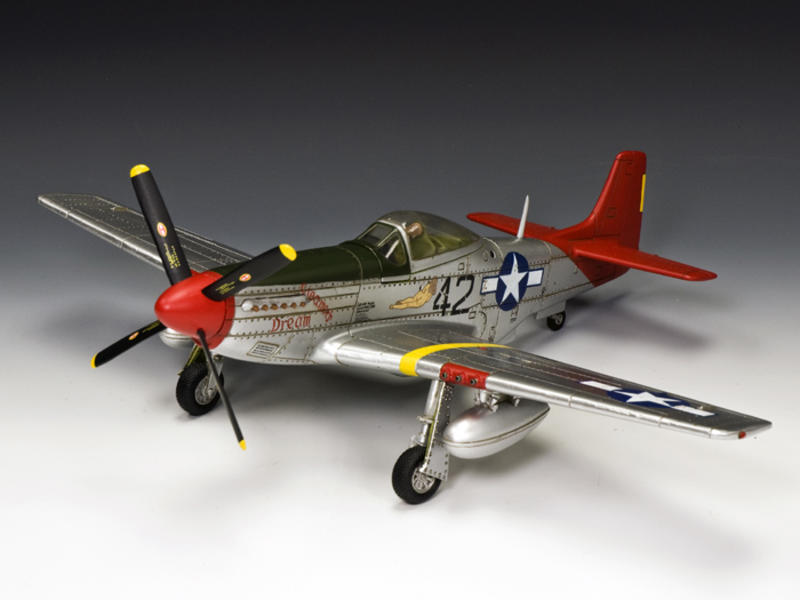 Of all the Mustangs that flew it was the “D” model that was the most famous….and most numerous with over 8,100 built and flown. Easily recognized by the bubble-top canopy it was the perfect escort fighter for the USAAF’s B17’s and B24’s bombing Hitler’s Third Reich. Our latest K&C warbird belongs to the all-black 332nd Fighter Group, the famous “Red Tails” and is one of the 301st. Fighter Squadron’s P51’s. Nicknamed “Creamer’s Dream” it’s in typical late war natural metal finish except for the red nose and tail plus yellow wing stripes

Notice: Just 250 of this particular model are being produced (Planned Production)