When the young Oliver Twist arrived penniless, homeless and friendless on the streets of London he was fortunate to meet a cheerful and cocky young Cockney going by the nickname of “The Artful Dodger”. Immortalized in Dickens’ ‘Oliver Twist’ and portrayed in films and television perhaps the best and most colourful representation of the pair was in the 1968 Carol Reed production of the musical film “Oliver”. These two young rascals were played by Mark Lester (Oliver) and Jack Wild (Dodger) and that’s where K&C drew the inspiration for this little 2-figure set. 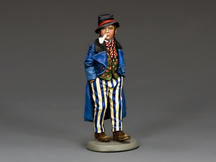 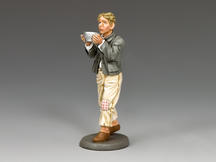 Please sir, can I have more..?