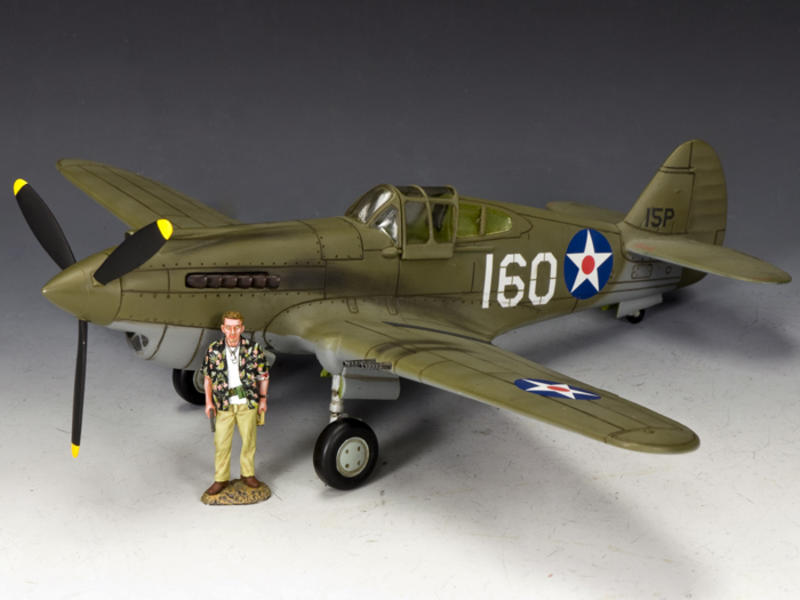 This is the third version of the CURTISS P-40 “Tomahawk” that K&C has made. Previous models have included an RAF “Desert Air Force” one and the classic “Flying Tigers” version. The new model is in the standard olive drab and light grey colour scheme typical of US Army Air Corps aircraft at this time. Our model bears the code number “160” of the aircraft 2nd Lieut . George Welch flew on 7 December and belongs to the 15th Pursuit Squadron. The Air Corps officially credited Lieut. Welch with 4 “kills” and several others damaged. This “Pearl Harbor P40” comes complete with a standing figure of a US Army Air Corps pilot wearing a non standard “Hawaiian” shirt over his khakis and carrying a.45 Colt Automatic.

Notice: Just 150 of this aircraft are being released.