Another Look at our recently released Polish Lancers in action against a German infantry section who have been caught by surprise when their vehicle broke down as they were moving cross-country during the Invasion of Poland in September 1939.
Even a few figures can tell a dramatic story… 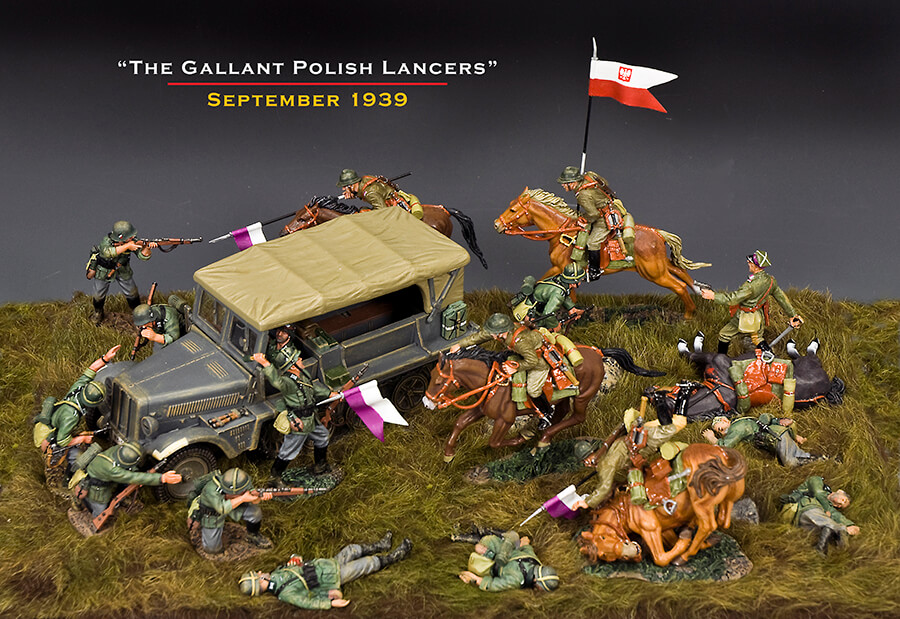 As the paratroopers put on a ‘live-firing’ demonstration Rommel tells Ramcke he wishes that they had a full division of these fire, fighting soldiers… and not just a brigade! 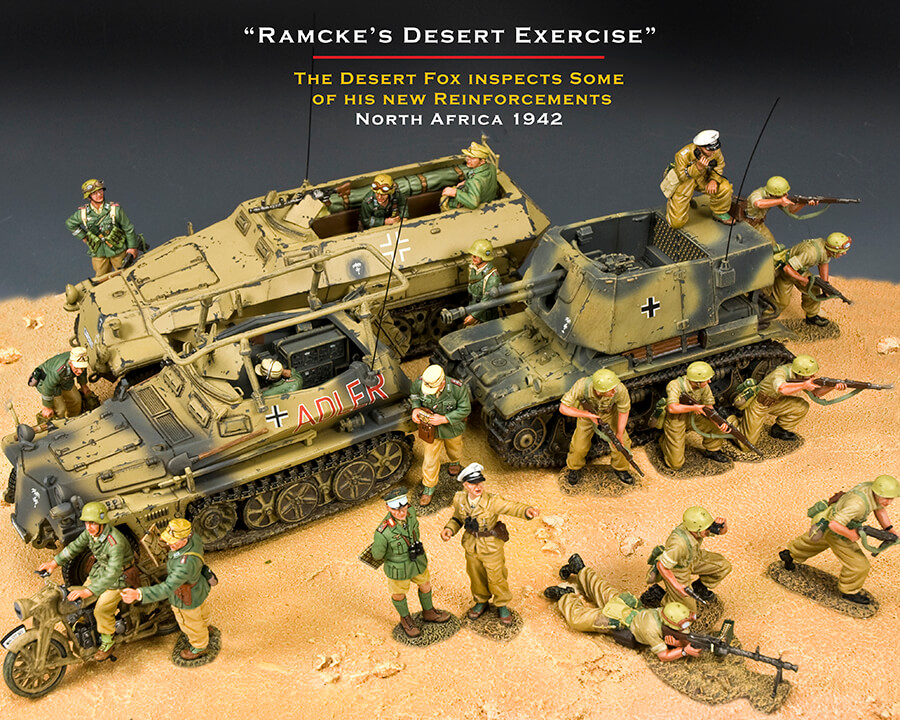 Most large South Vietnamese towns and cities had a 'Chinatown' of various sizes... Here our Marines battle their way through one of them during the TET Offensive. 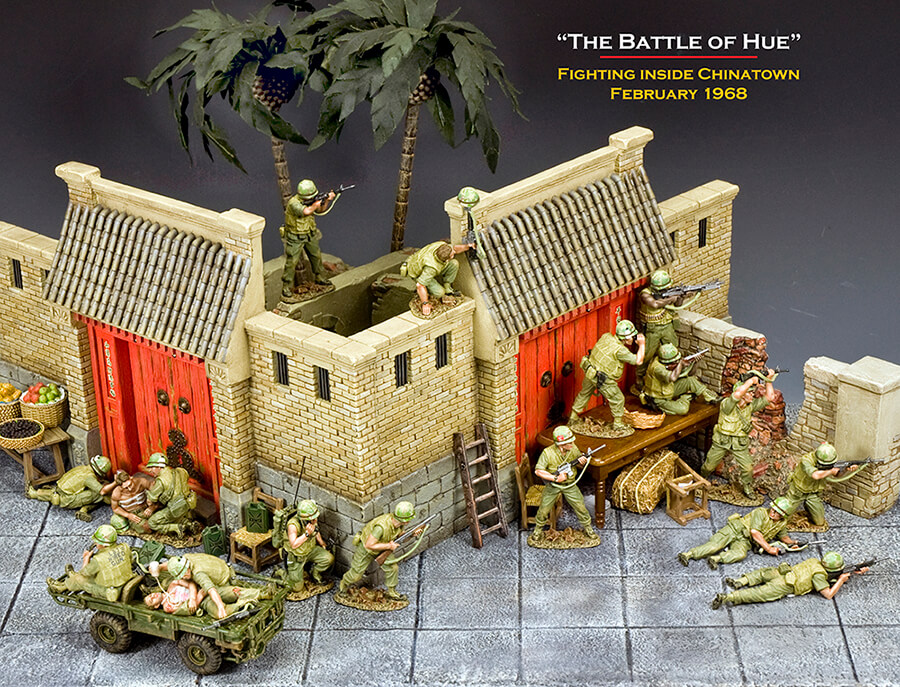 As usual we have special gifts and prizes for our local Collectors who attend Annual King & Country Toy Soldiers Collector Event at our store in Hong Kong’s Pacific Place. Here are 3 little Vignette / Dioramas (just 12” x 12”) that Gordon created as prizes for this evening. All displays are very flexible in use and in historical time periods! 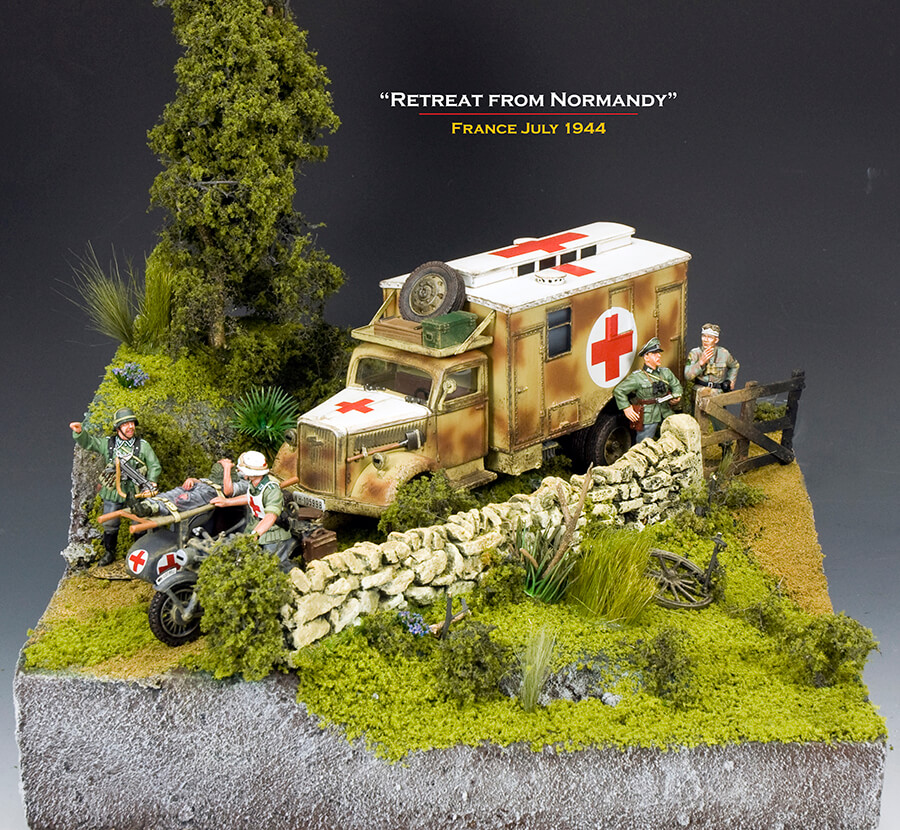 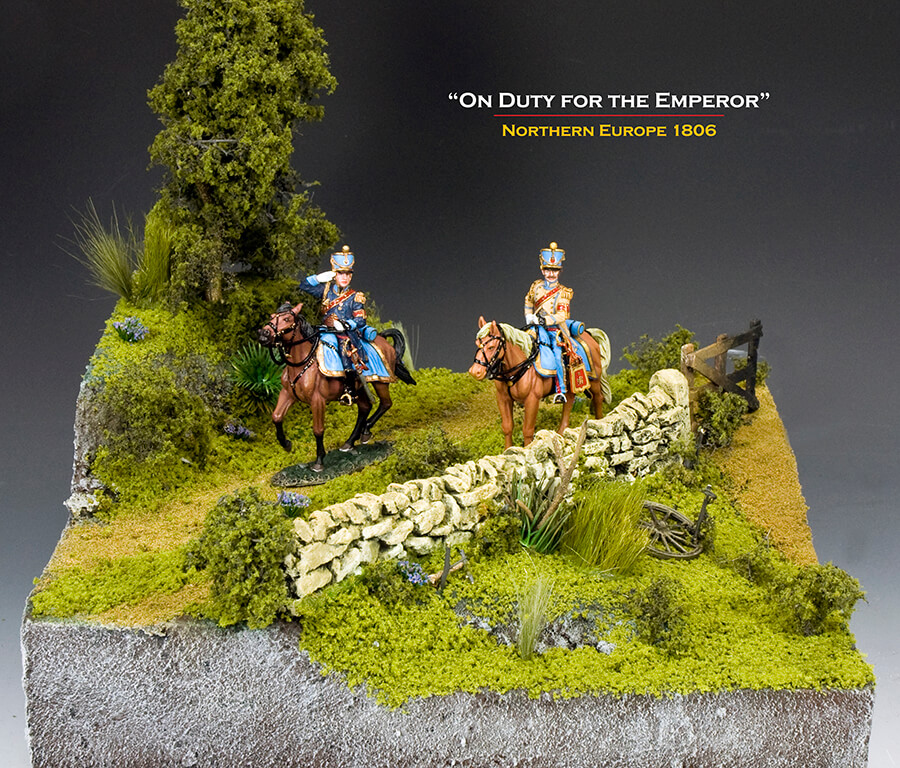 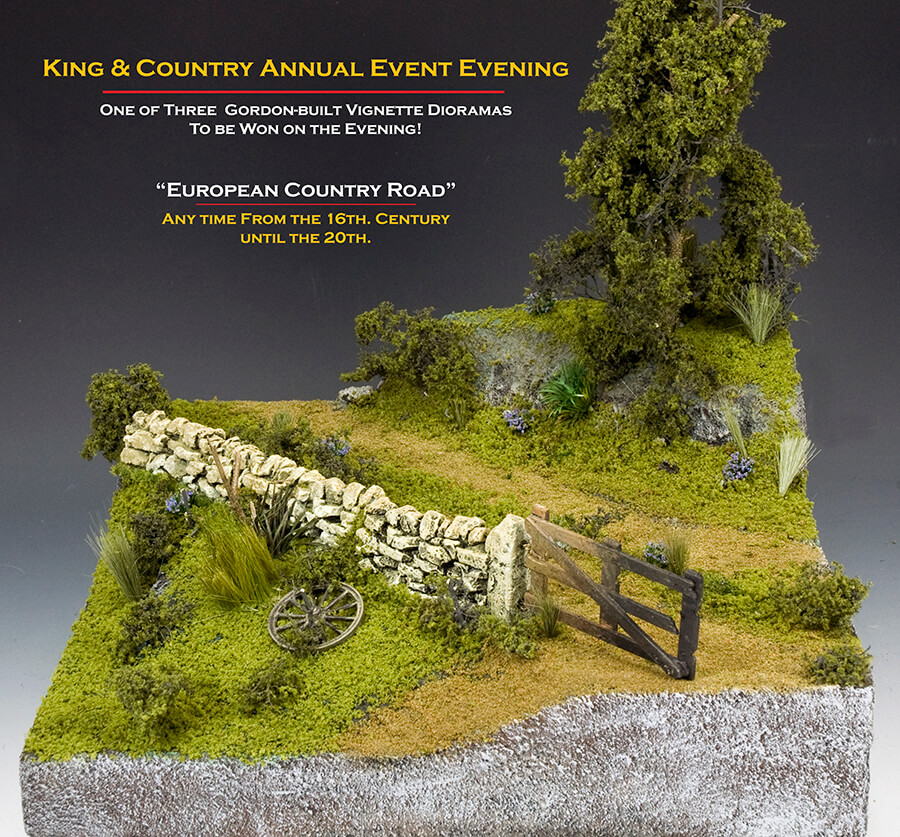 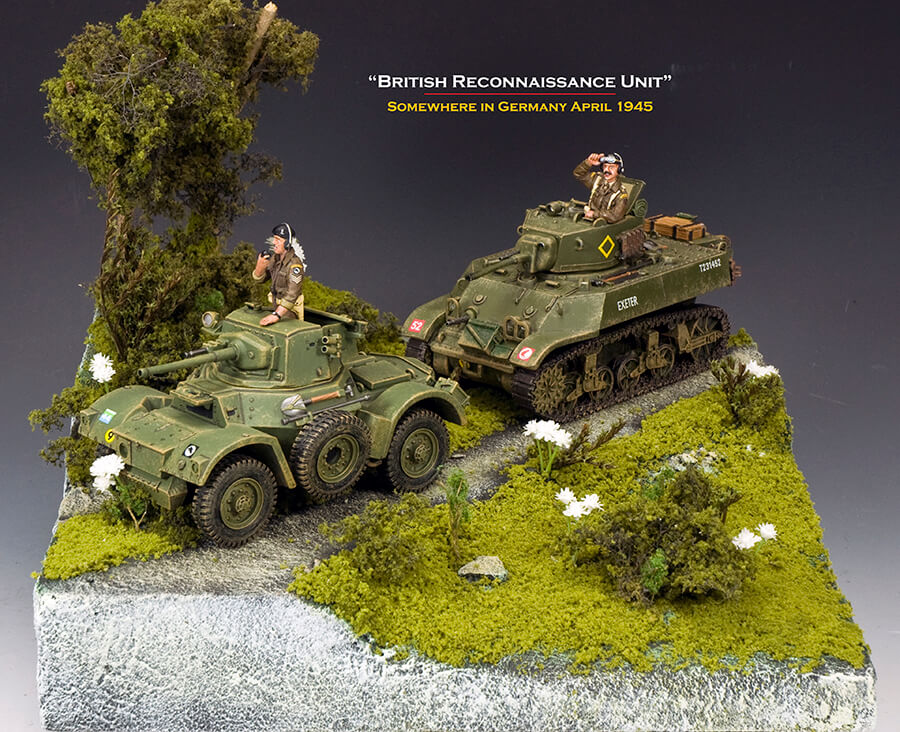 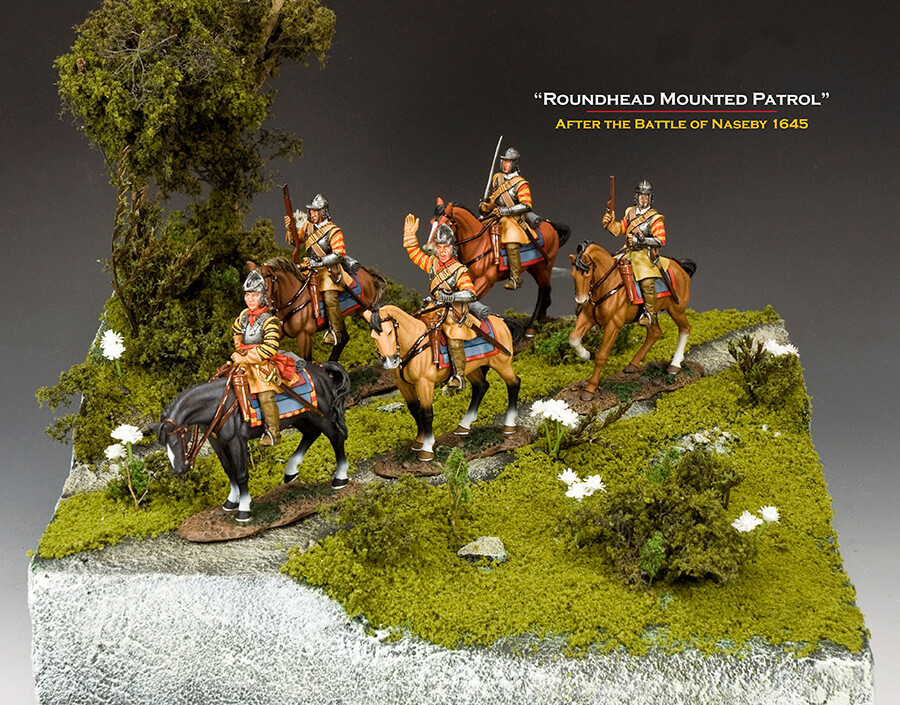 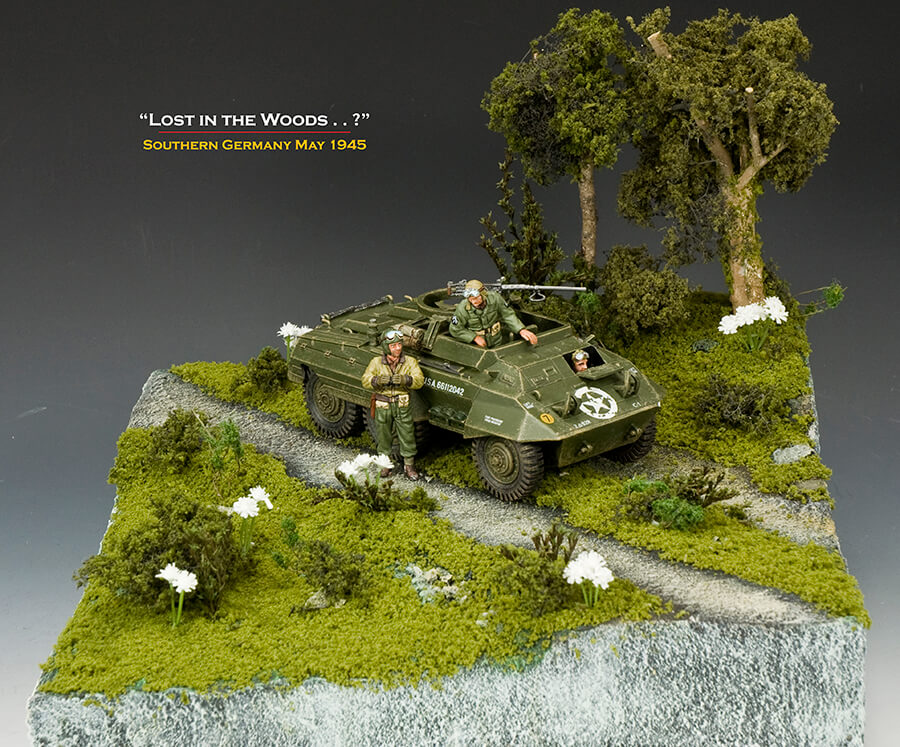 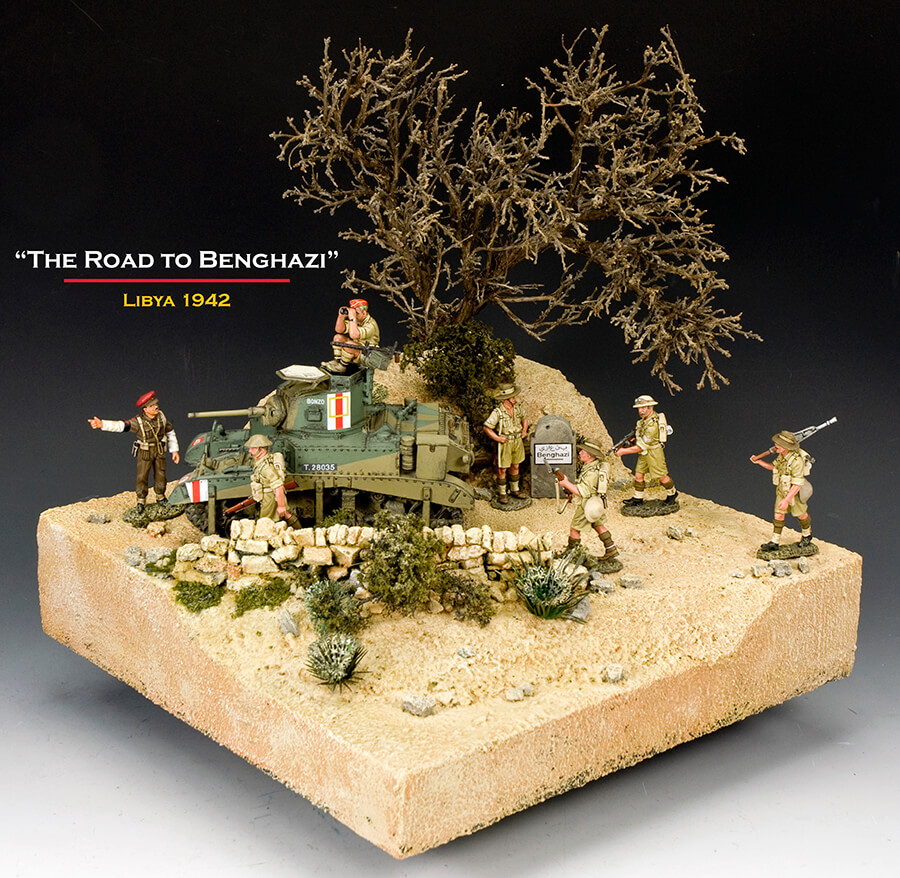 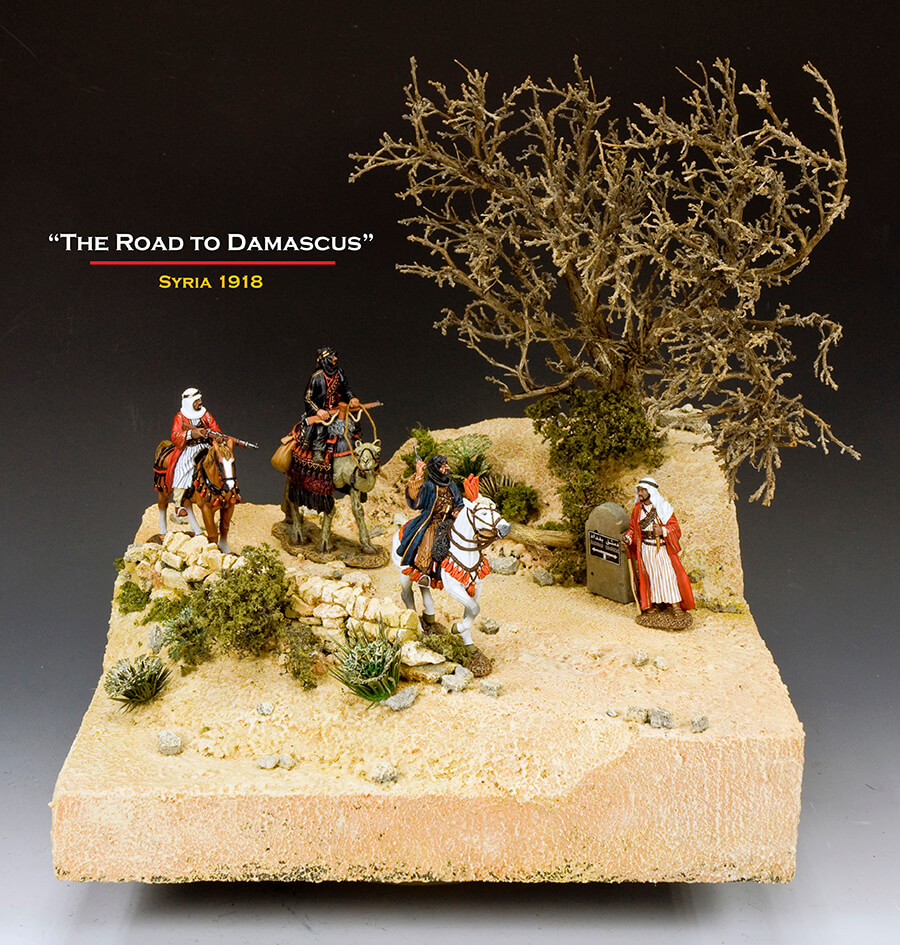 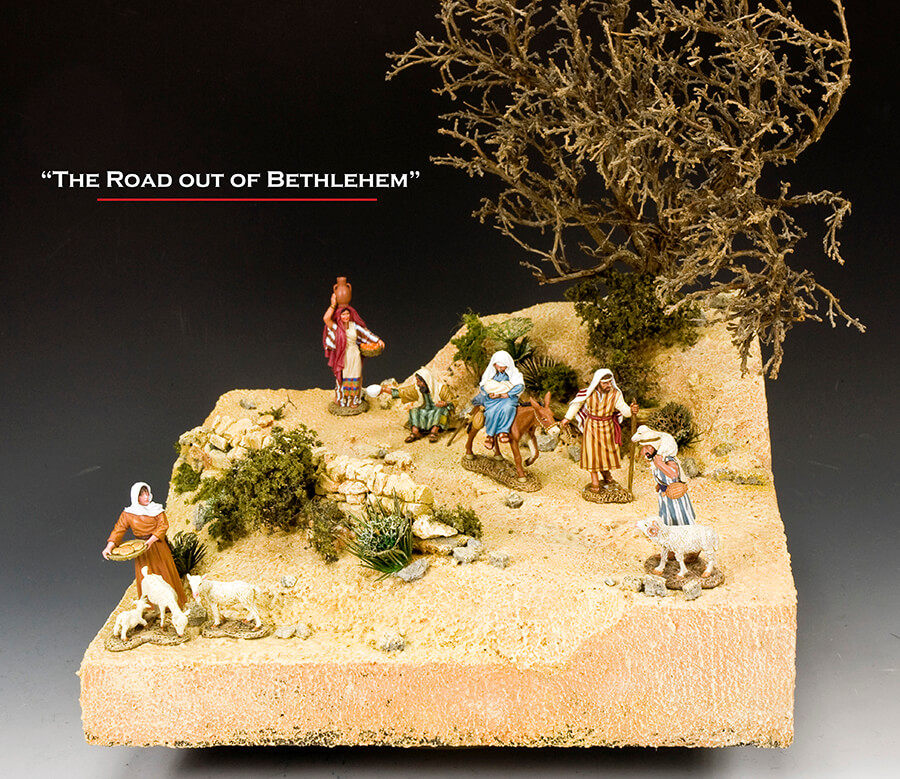 Here is the 'finished HUE'68 diorama' complete with some tropical and typical local vegetation to promote our new ‘Vietnam’ U.S. Marines in action during the TET Offensive of 1968.
The building is using an adapted version of our ‘French Bank’ which has been repainted and amended with Vietnamese signage... and a Viet Cong flag!
The walls are from the upcoming 3 x Wall Section set... but painted differently to match the house.
The Marines are just some of the ‘Advance Party’ of this exciting and dramatic new series. 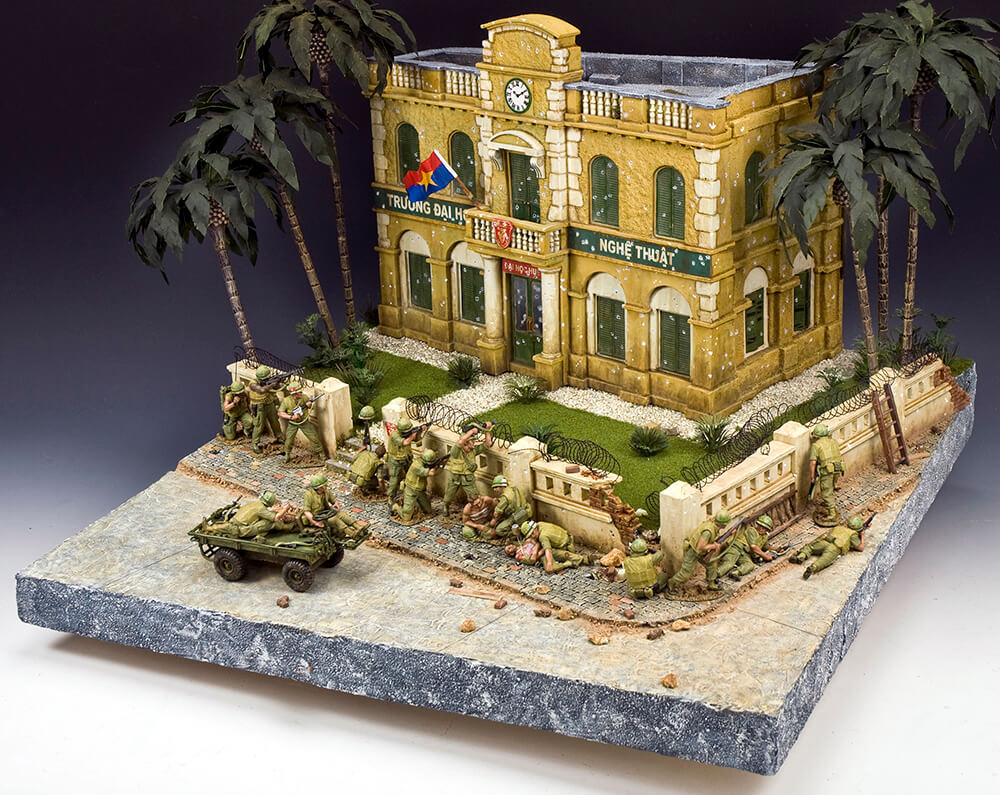 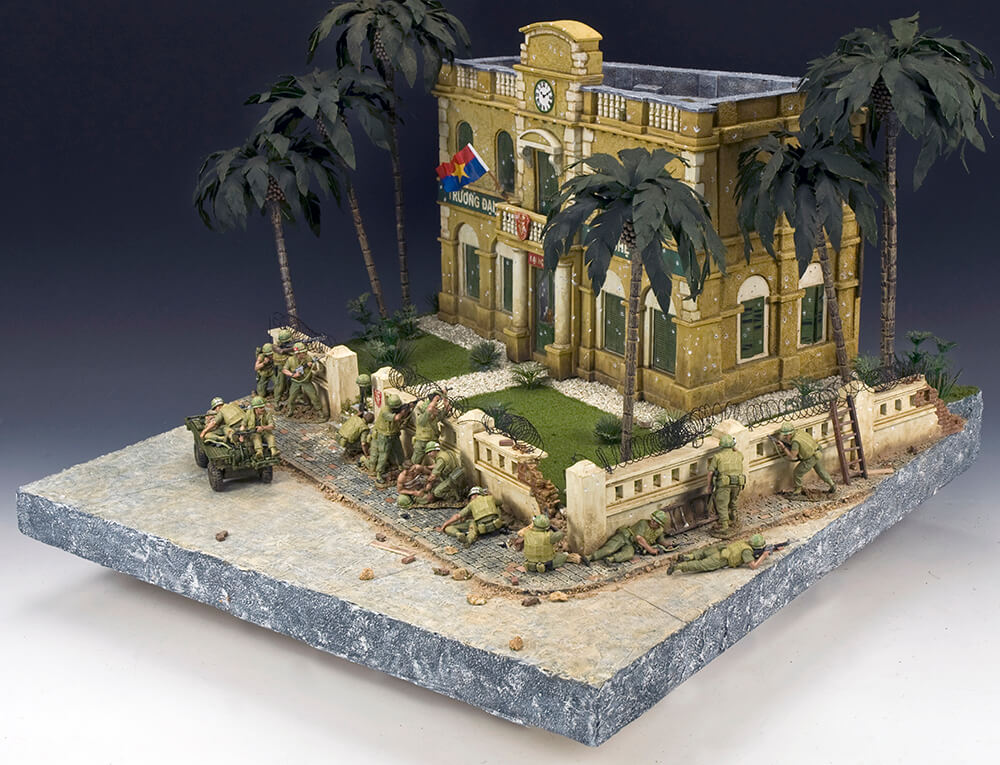 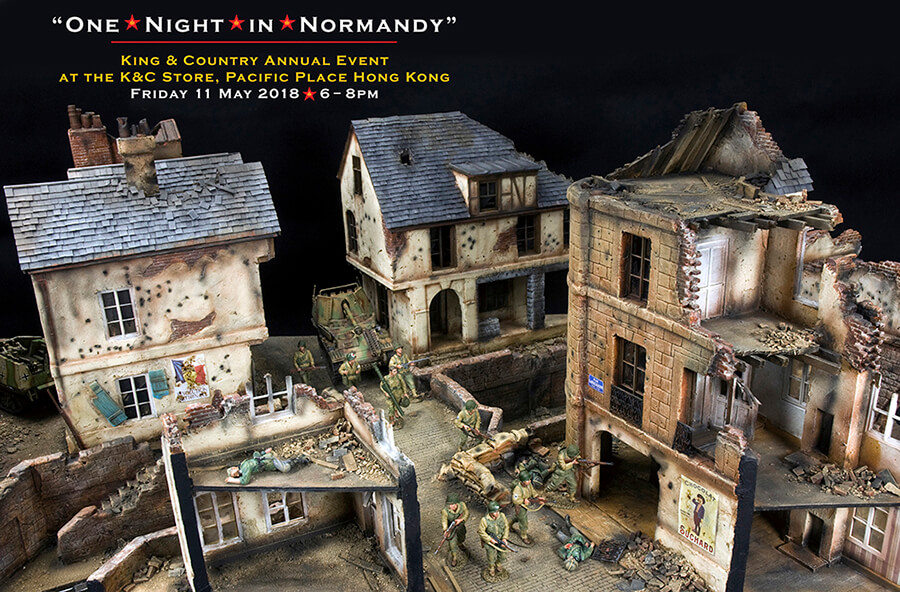 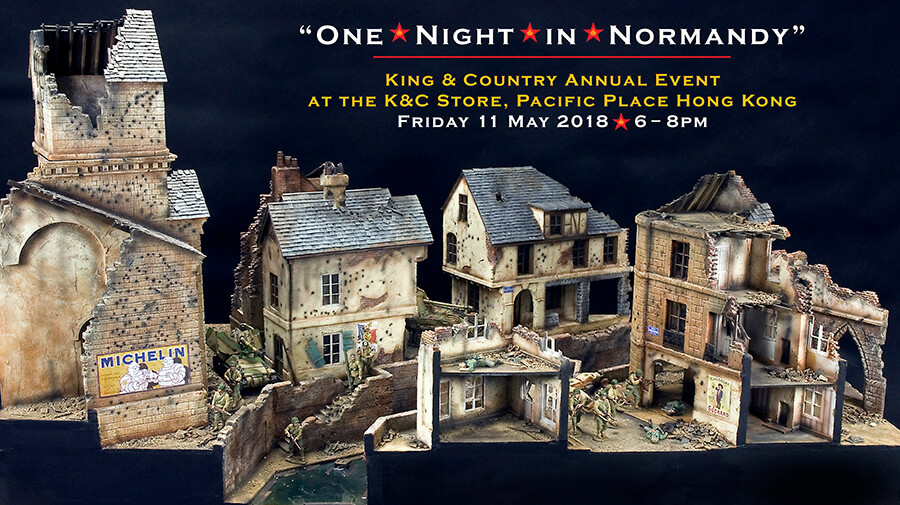 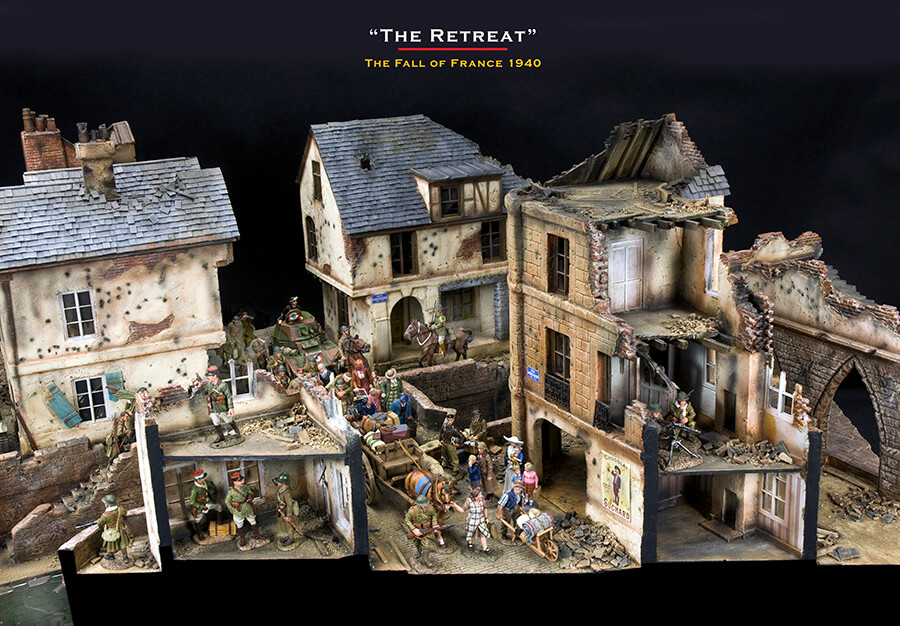 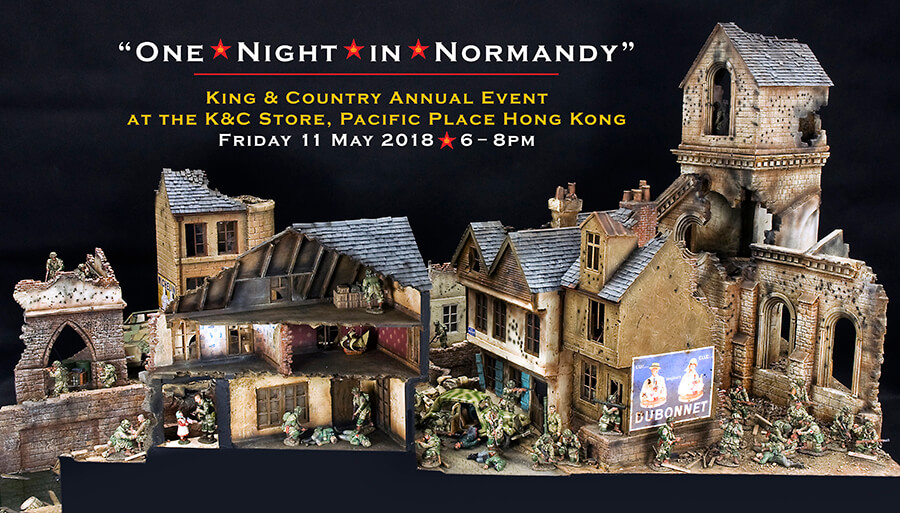 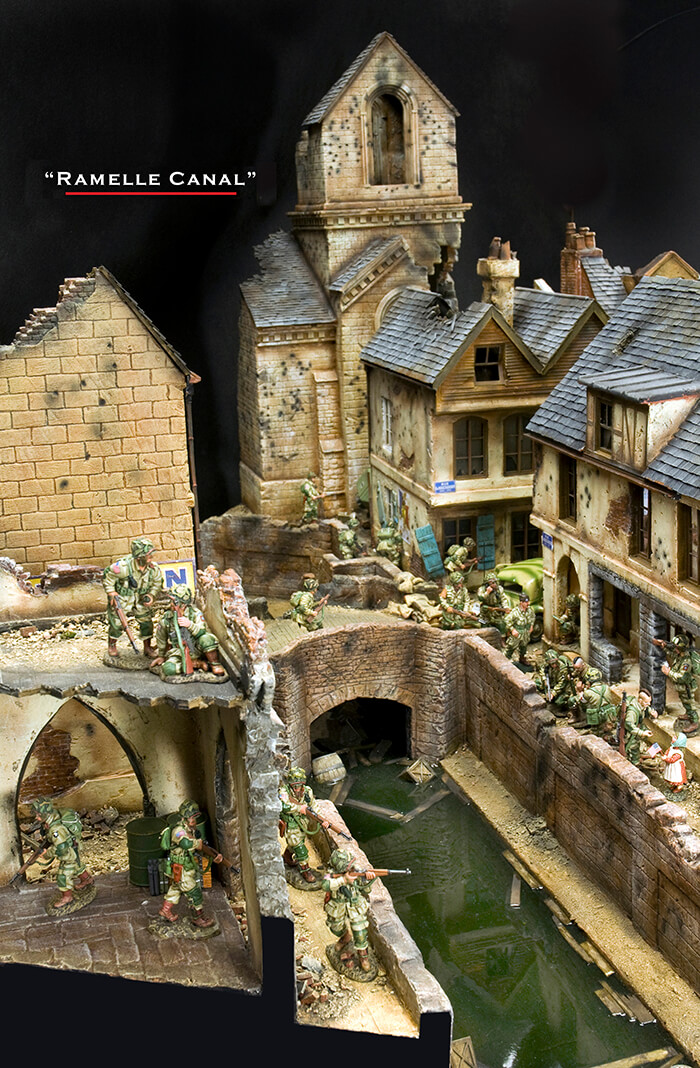 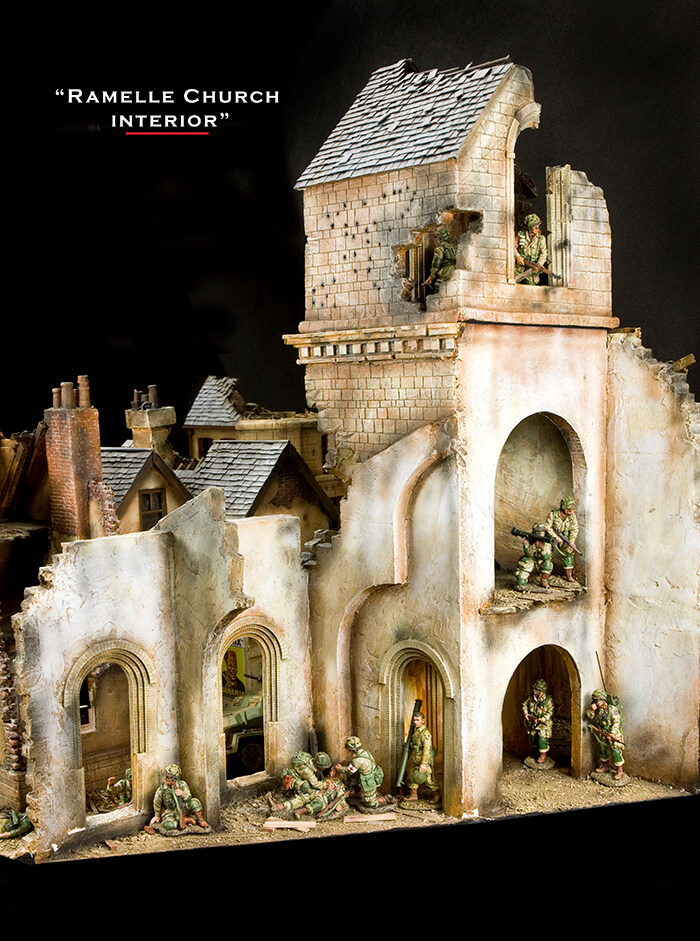 Battle on the Beach

While photographing some of our upcoming and future USMC in action we decided to do another 'panorama' shot utilising all of the above with some of our existing Marines and... a long-retired K&C landing craft.
Let battle commence...
Semper Fi! Gordon was looking over his photo files of some of his amazing dios from previous years... This one brought back many happy memories. Hope you like it too! 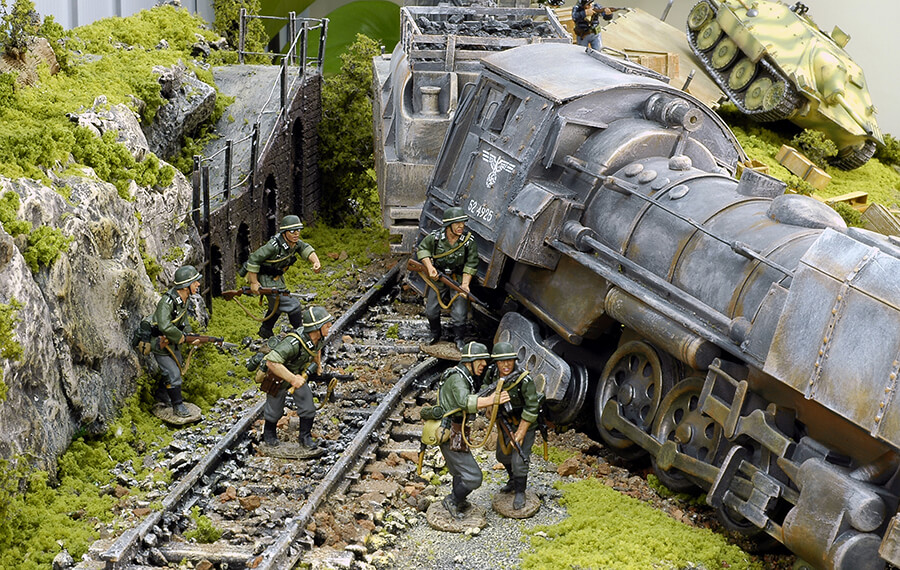 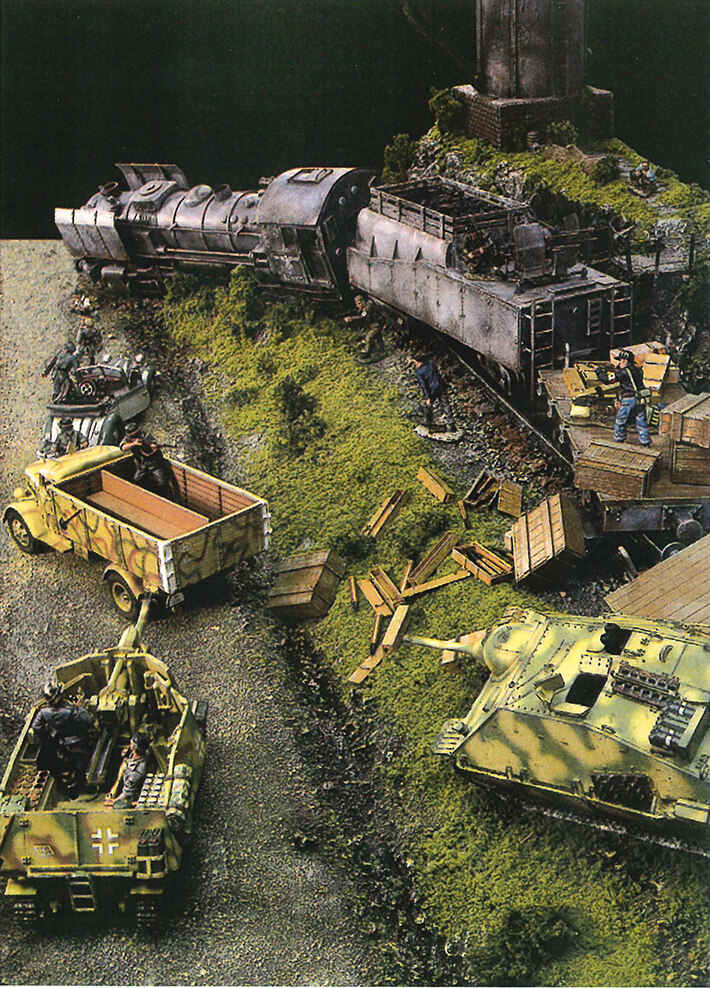 The Cost of Victory & Marines in Camouflage Utilities

As most of you already know Gordon has built several different 'beach scenes' to help display our WW2 USMC Marines and fighting vehicles. The display measures just 30"X 14" and includes most of our existing 'leathernecks' as well as some 'works in progress'!

You might also have noticed a few of our Marines wearing “Camouflage Utilities” in “The Cost of Victory” diorama. While doing photo research on these I saw that some Marines wore a full set (pants and coat) while others appeared in ‘mixed rig’ (half ‘n’ half). So, here’s a selection of what we’re working on at present. We may change or alter a couple here and there… 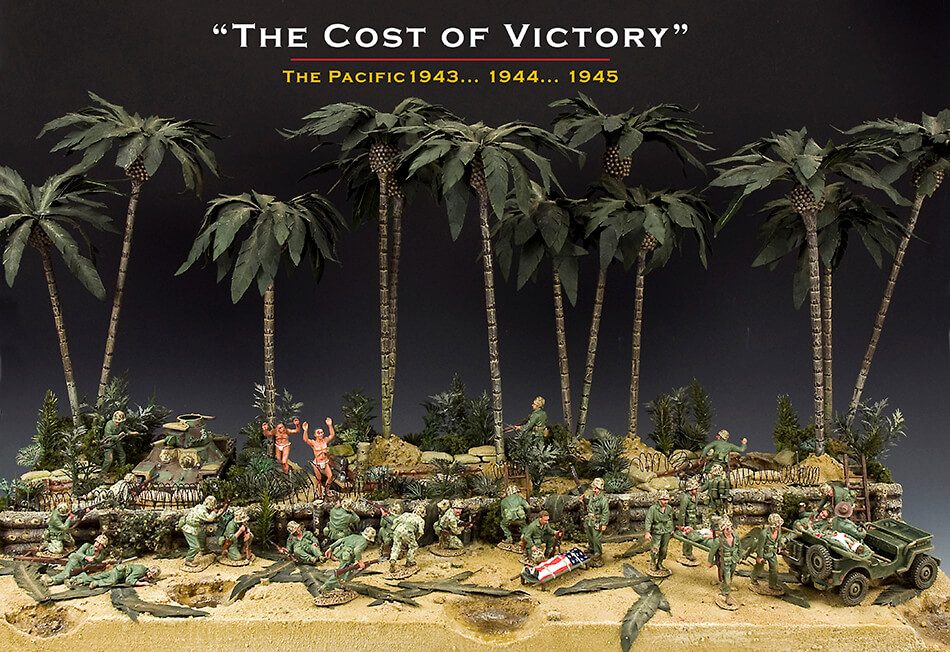 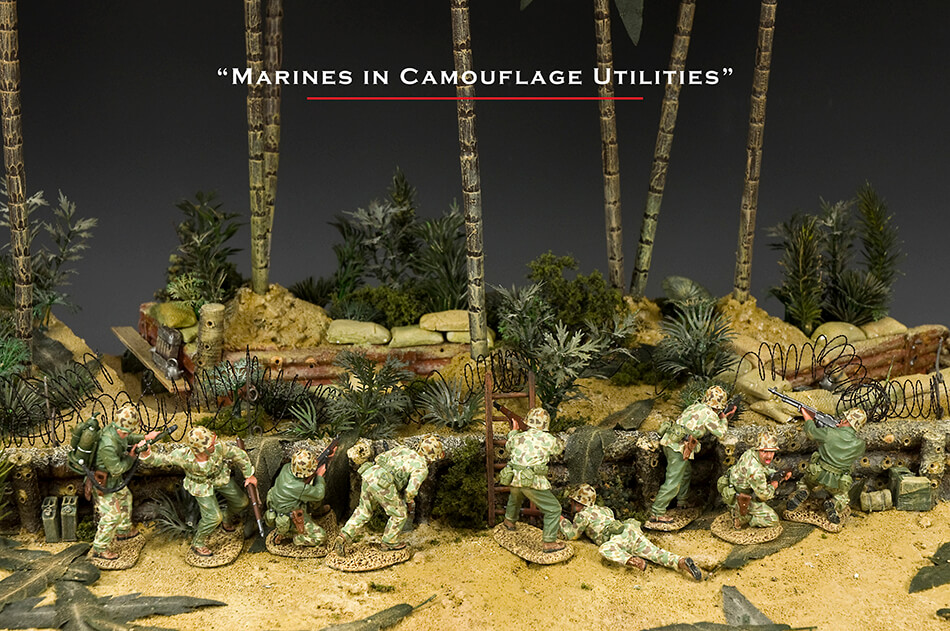 On The Eastern Front

Last December at the London Show we displayed a very nice "Winter Diorama" featuring our new 'Russian Farm House' SP097... At the time I remember thinking that I would like to do a second version but with a "Summer" theme... Well here it is... 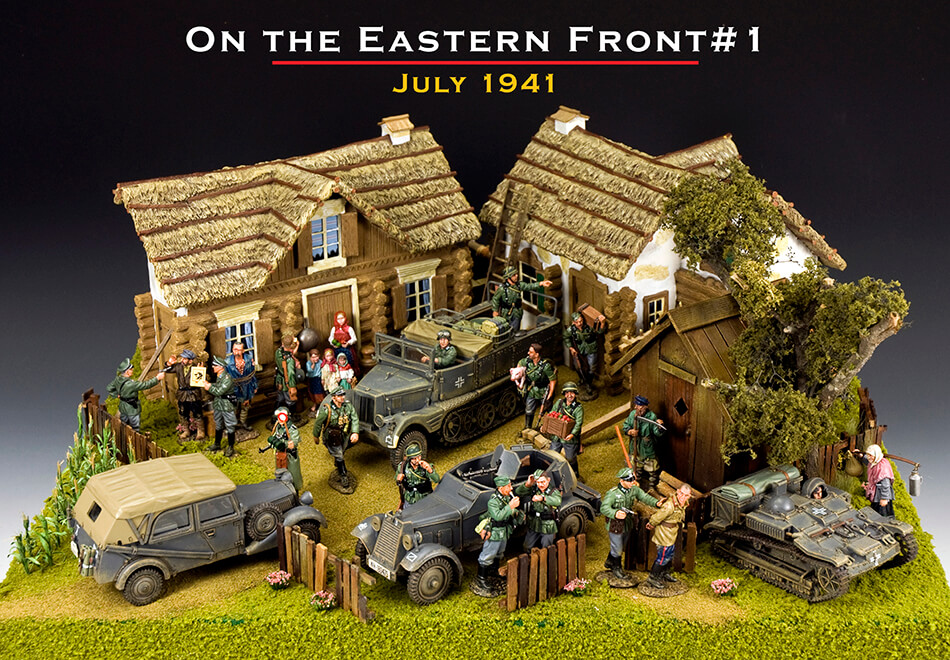 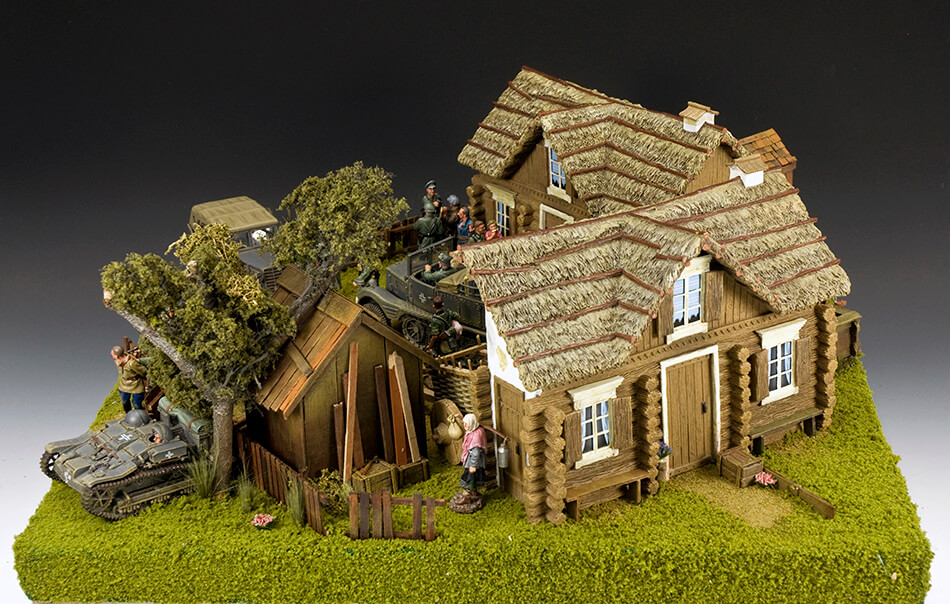 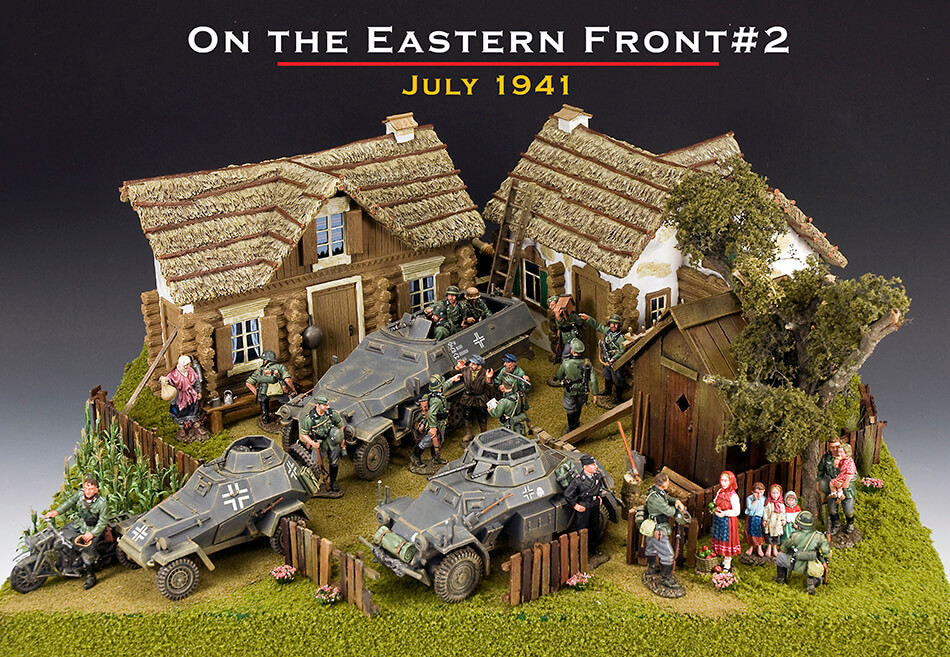 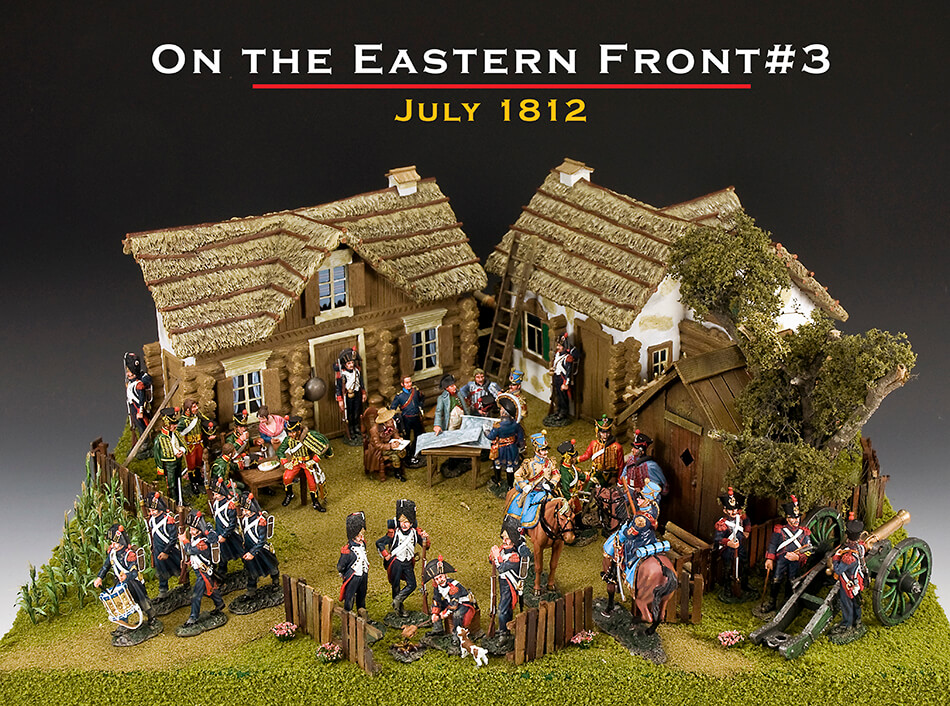