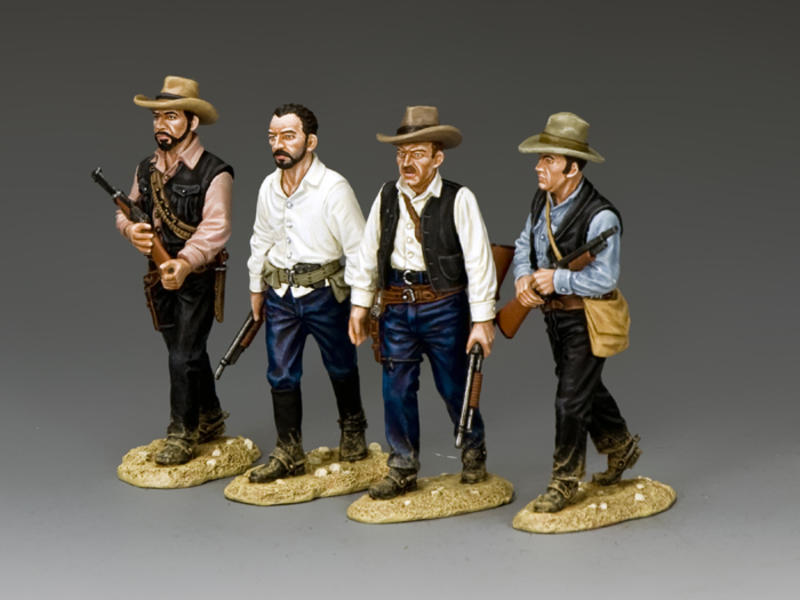 In the climactic scene of the movie Pike Bishop (Willian Holden) leads three of his gang, “Dutch’ Engstrom, (Ernest Borgnine) and two brothers, Lyle and Tector Gorch (Warren Oates and Ben Johnson) to bring back another member of their gang who has been held and tortured by a rebel Mexican General. This leads to the final ‘shoot-out’ which is one of the bloodiest in film history. But before that there is the long tension-filled sequence where the gang make their way, guns in hand, towards the General’s headquarters. This is the image we’ve chosen to portray ... Now you’ve seen the figures ... Go watch the movie again or see it for the first time.