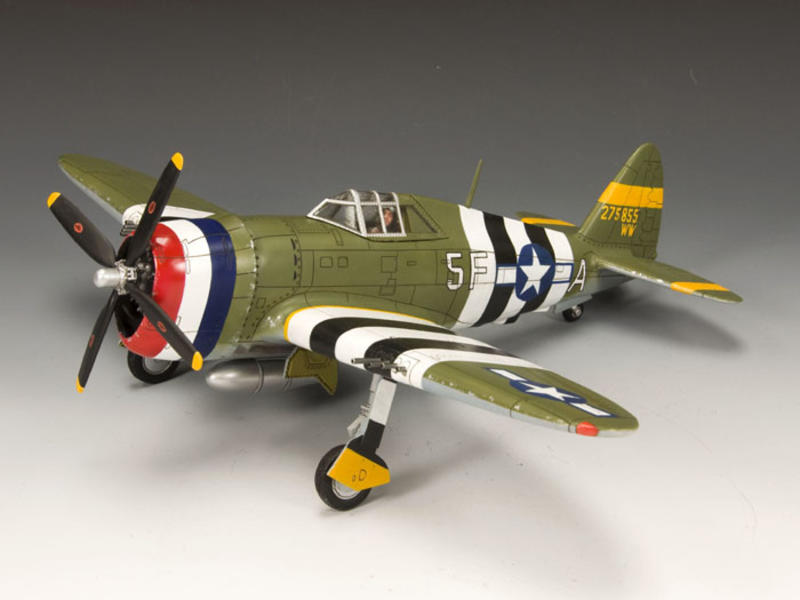 The U.S. Army Air Force’s most powerful single engined fighter of WW2. The Jug"… "T/Bolt" or simply the "Juggernaut" was developed by the Republic Aviation Corp. and saw active duty on many of the major war fronts of WW2. K&C’s P-47 belongs to the 5th Rescue Squadron of the 8th Air Force based at RAF Boxted in southern England in June 1944… hence the bold black and white "invasion" stripes. It comes in its own specially designed box with seated pilot and gear down."

Notice: Just 500 of this particular model are being produced (Planned Production)