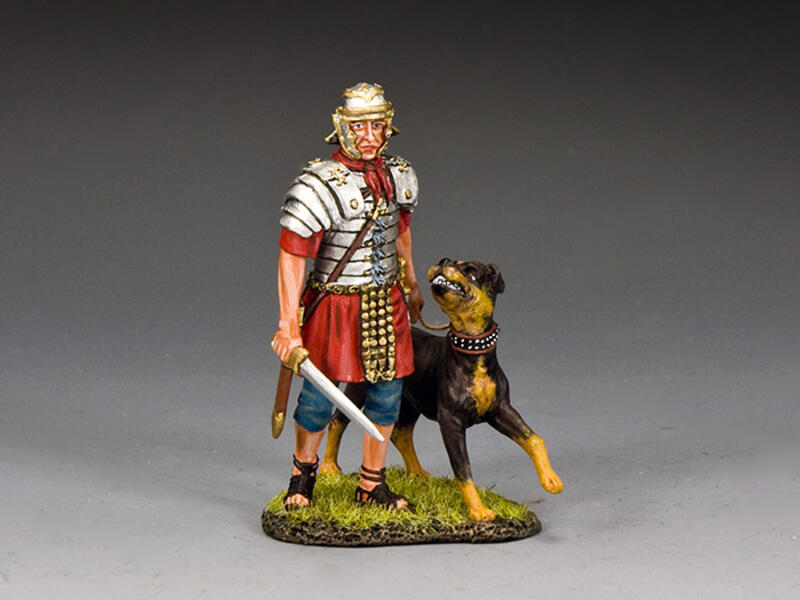 In Roman times the ‘Cane Corso’ dogs were used in all kinds of vicious and cruel ‘blood sports’ such as bull-baiting, tiger and lion fighting as well as gladiatorial battles and dog-fighting. By necessity the animals were bred to be big and very dangerous to everyone with the obvious exception of their trainers and handlers. The Roman Army also made use of these large fighting dogs to attack their enemies and help guard their prisoners... Some Roman units even produced special armour to protect their animals. This set includes the dog and his handler with sword drawn moving towards the enemy.