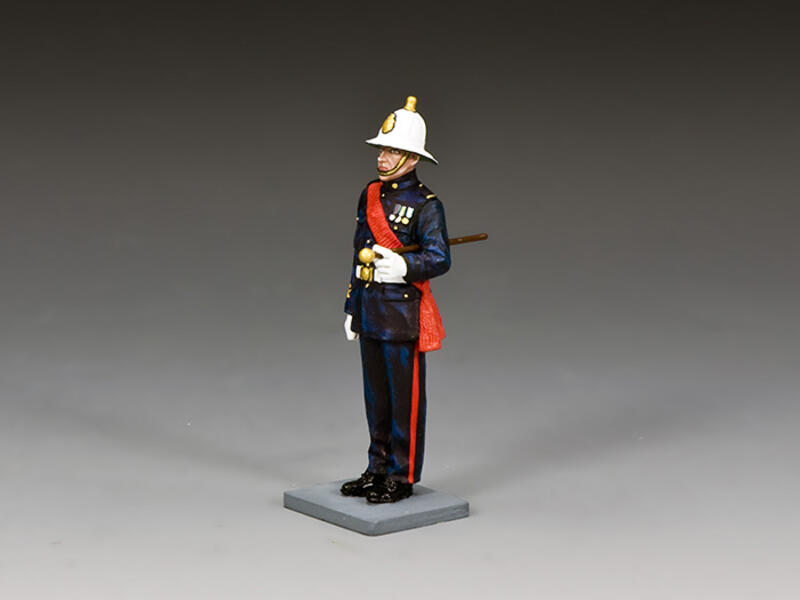 In any military force the Non Commissioned Officers, NCO’s, are the backbone of that unit, regiment or corps. Britain’s ‘Sea Soldiers’, the Royal Marines have some of the finest. This particular RM Colour Sergeant is a Drill Instructor and the man who trains and instructs every Marine on the parade ground. Nothing escapes his eagle eye and woe betide any individual who gives less than 150% effort on the parade square. ‘Parade Drill’ is the movement and actions of a mass of soldiers moving in close-order formations. Originally intended to move bodies of troops on the battlefield it is now almost entirely used for ceremonial purposes although still practised to instill unit cohesion, discipline and martial pride. Our Colour Sergeant stands smartly at attention, his swagger stick held firmly under his left arm.