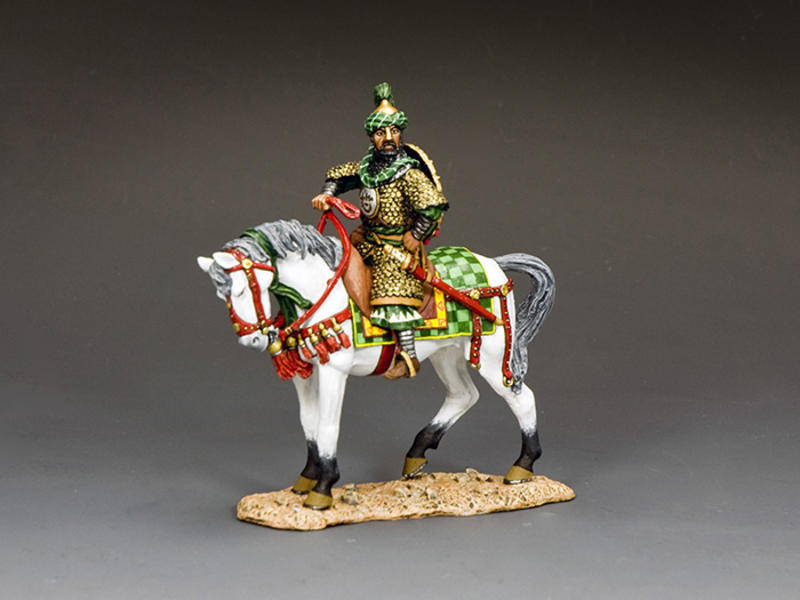 Saladin (1137-1193) was a Sunni Moslim of Kurdish ancestry who at the height of his military power ruled Egypt, Syria, Upper Mesopotamia, the Hejaz, Yemen and other parts of North Africa. He defeated the Crusaders at the Battle of Hattin in 1187 and afterwards controlled virtually all of Palestine including the holy city of Jerusalem. Before his death in 1193 he had given away all of his fortune and lived a modest, pious life despite his many victories, triumphs and popularity. Here he is mounted on one of his beautiful Arab stallions.