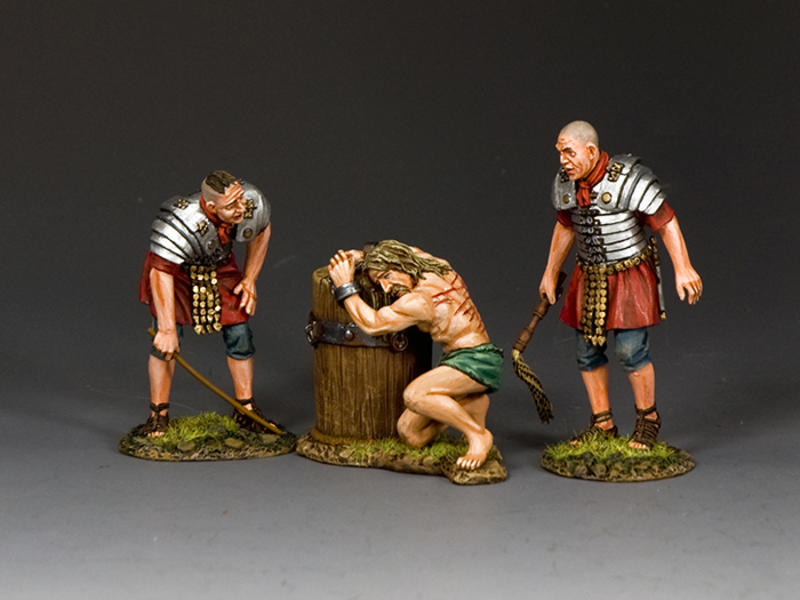 Prior to execution it was normal Roman procedure to flog the prisoner... The usual instrument was a short whip with several single or braided leather thongs of various lengths. Into these thongs would be tied small iron balls and sharp pieces of bone at irregular intervals. For scourging, the prisoner was stripped of most of his clothing (women were never scourged) and tied to a large wooden or stone post. Two Roman soldiers would be on either side of the victim and would take it in turn to flog him. Extreme pain and blood loss would soon follow and it was not uncommon for the prisoner to even die of shock at the post. Should the prisoner survive his ordeal the soldiers would often taunt their victim adding extreme insult to injury!