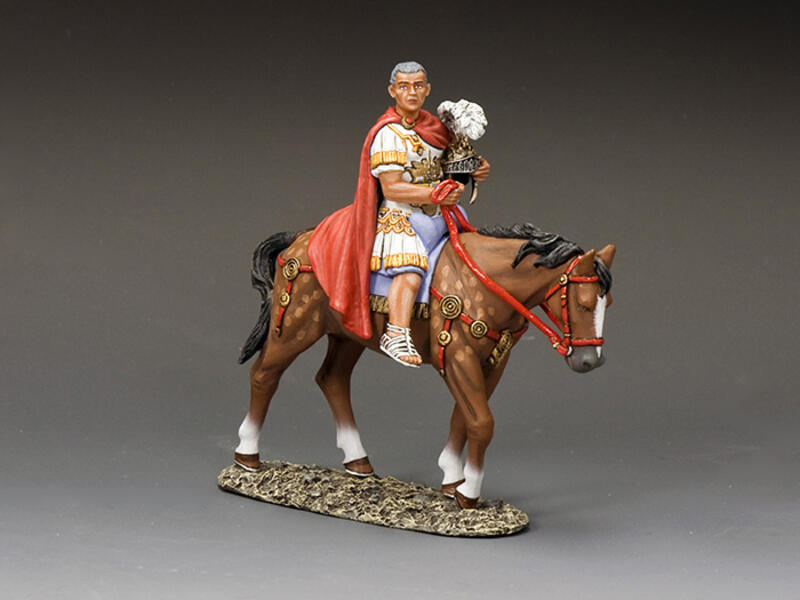 A ‘Legate’ was a very senior official who acted as a deputy general to governors of provinces conquered by Ancient Rome in the 1st and 2nd Centuries BC, during the period of the republic. In the latter half of the 1st Century BC, Julius Caesar began appointing ‘Legates’ to command entire Legions in the Army. This practice became customary under the Emperor Augustus who gave these commanders great power and influence not only over their personal areas of responsibility but also in Rome itself. Our figure represents no particular personality but portrays a strong political soldier of wide experience and knowledge in leading a Legion in battle, protecting a Roman Province in peacetime and dealing with the trials and tribulations of Rome itself.