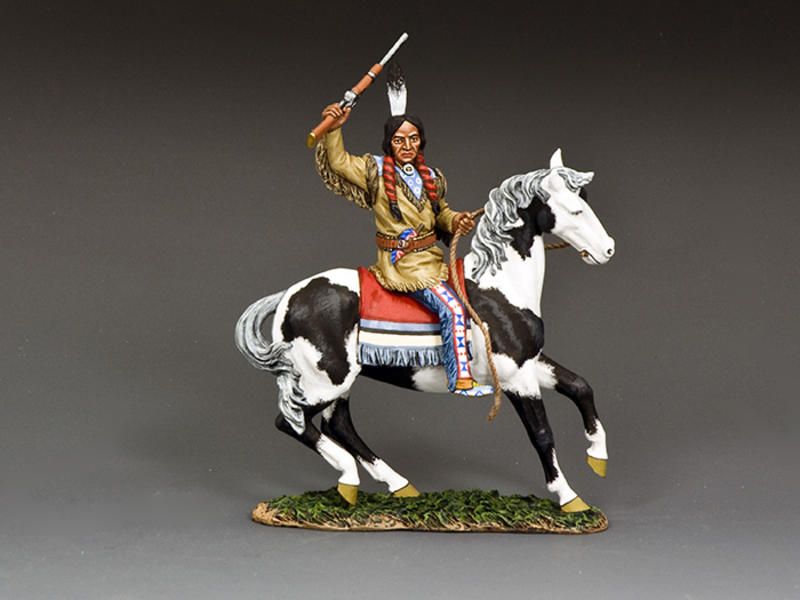 ‘Sitting Bull’ was a Lakota Sioux leader who led his people during their many years of armed resistance to United States government policies and the increasing encroachment of American settlers onto Indian lands. Before the Battle of the Little Bighorn he had a vision where he saw many U.S. Cavalry soldiers falling upside down from the sky into the Indian camp. This vision was taken by many of his followers to predict a major Indian victory over the white soldiers. And so, on June 25, 1876 it came to pass on the banks of the Little Bighorn when General George Armstrong Custer and more than 250 men of his 7th Cavalry met their end attacking Sitting Bull’s camp and his combined force of Sioux and Cheyenne warriors.