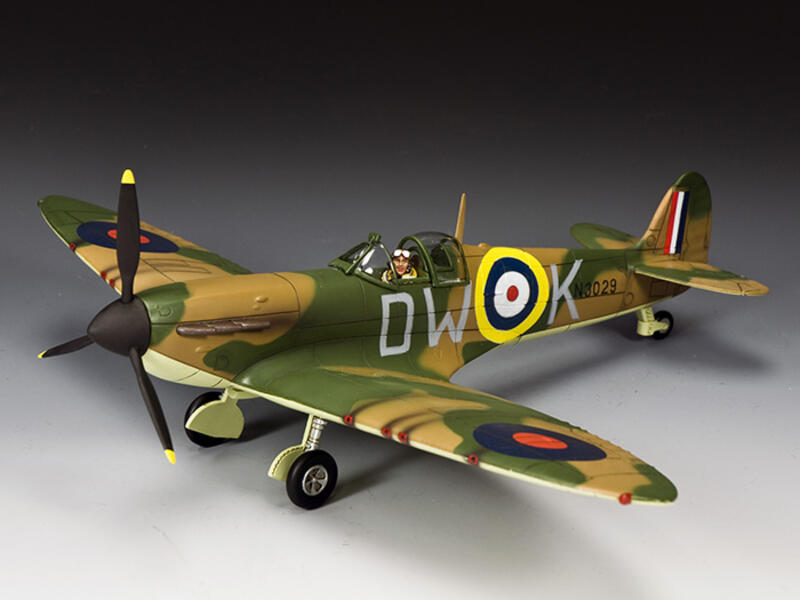 For many this is simply the best and most beautiful fighter aircraft of WW2. The Spitfire flew from the very first days of WW2 and right up to the very last! More Spitfires were built than any other British combat aircraft before, during or since WW2... 20,341 in total. Designed by Reginald Mitchell of Supermarine Ltd., it entered service with the RAF in the summer of 1938. This King & Country Spitfire Mk.Ⅰ/Ⅱ is representative of those machines that flew during the Battle of Britain. It’s also K&C’s most popular ‘warbird’ ever and joins a select group of other Spitfires Mk.Ⅰ/Ⅱ’s that have been produced by K&C over the years. This particular ‘Spit’ is in the markings of No. 610 Squadron ‘City of Chester’ Royal Auxiliary Air Force and comes complete with a sitting pilot figure in the cockpit.