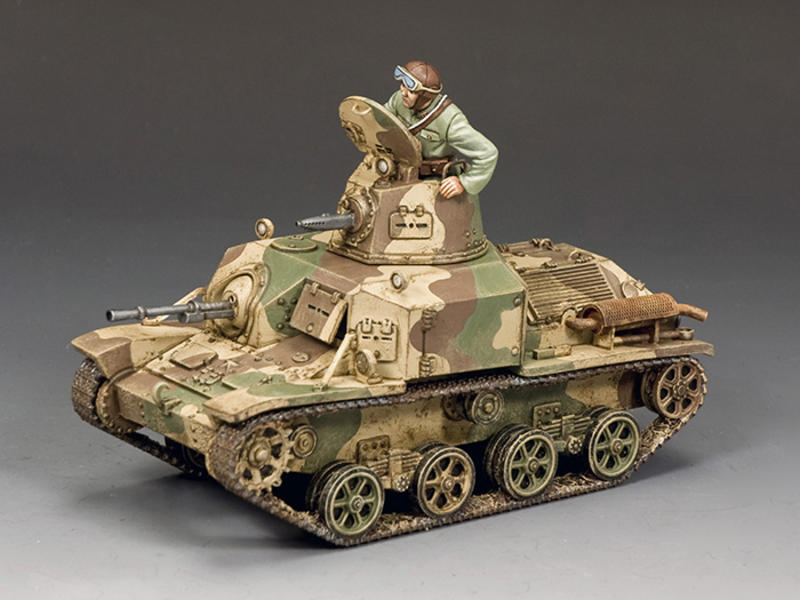 This was Imperial Japan’s first indigenous tankette originally designed for the cavalry it was used for both scouting and infantry support. Armed with both a heavy and light machine guns these little tankettes, manned by 3 men, saw plenty of action in Manchuria and China before being used against the British in Malaya and the Americans in the Philippines. Our K&C model is camouflaged in the standard Japanese camouflage of the early war years and comes with a vehicle commander.